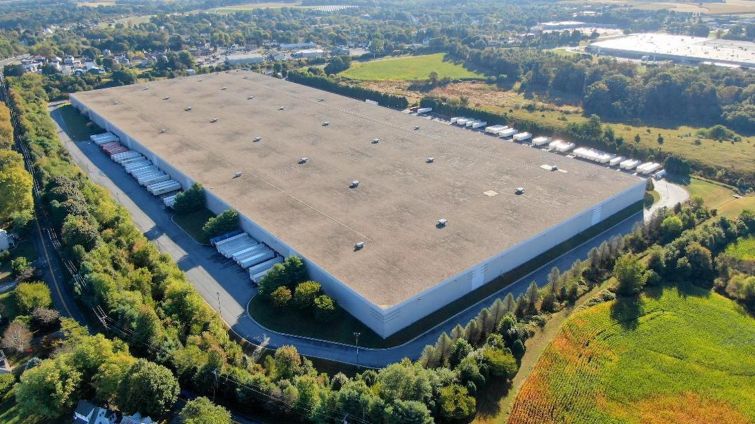 STAG Industrial has signed a global book publisher to a full-building, 1 million-square-foot lease at 630 Hanover Pike, an industrial building in Hampstead, Md., according to Lee & Associates | Maryland, which represented the tenant in the deal.

The five-and-a-half-year lease began in August and includes three months of free rent. The rental price was not disclosed and the owners declined to name the book publisher.

The building is situated on approximately 51 acres and features 32-foot clear ceiling heights, 85 dock doors and two ramped drive-in doors. The property was originally constructed to function as a distribution warehouse for Sweetheart Cup, which later became Solo Cup.

“This was a ‘perfect storm’ of positive attributes for the tenant, given its corporate headquarters within close proximity and the immediate availability of a ready-to-move- in space with a minimum of space modifications needed,” Riorda said. “Both the interior and exterior of the building were expertly maintained.”

“The existence of a strong labor market nearby was key as the end-user can ramp up its hiring of highly -skilled workers quickly,” Riorda said. “The warehouse/industrial sector continues to be the most prolific in the real estate category as evidenced by the continuing leasing activity and the below- 9 percent vacancy rate throughout Maryland. The e-commerce habits of the American consumer was already growing exponentially and the onset of COVID-19 accelerated the amount of products ordered on-line. We expect this trend to continue in the foreseeable future, combined with steadily climbing rental rates.”

Joining Riorda on the deal in representing the landlord were the firm’s Ned Brady and John Van Buskirk.