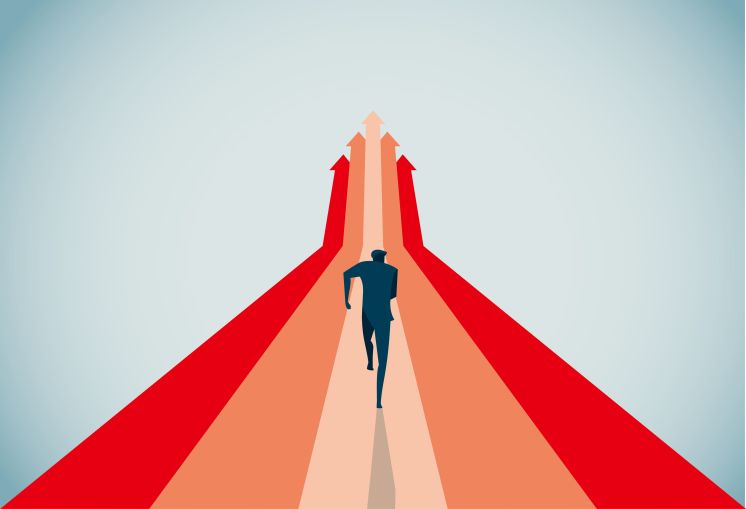 When examining what constitutes real power, sometimes it’s little more than the element of surprise, making a leap of success far beyond what might have been expected.

But what’s interesting about this metric is that many successful and powerful people have embodied it at some point in their careers. After all, very few people emerge from nowhere to start at the top. Some do take the slow and steady road, climbing the ladder of success rung by rung, one at a time, at a steady pace. But the acquisition of power is more often a matter of fits and starts, baby steps followed by leaps. Like life itself, it is often uncertain, unpredictable, and ready to zig at the exact moment you expect it to zag.

This acknowledgment about the nature of power is what makes a glance at the biggest leaps on the Commercial Observer Power Lists such a pleasure every year, to see those who not only succeeded but leap-frogged beyond where many might have expected them to land.

On the 2019 Power 100 and Power Finance lists, five teams rose at least 20 spots beyond where they had been the year before.

The honor of the largest jump in 2019 went to the Fisher Brothers. Kenneth, Steven, and Winston Fisher are not actual brothers, but cousins and partners who rose from 68 to 43 on the Power 100 with a portfolio including four Midtown office buildings, a Tribeca condo building with a projected sellout just under $1 billion, and the cutting-edge experiential art mall Area 15 in Las Vegas. Will the Fishers top their achievement on the 2020 list? Did owning an experiential mall at a time when no one is leaving the house slow their roll? We’ll find out soon enough.

The next highest leap of 2019 was Thomas and Frederick Elghanayan, Chairman and President of TF Cornerstone, who rose 22 spots from 76 in 2018 to 54 last year largely on the strength of four impressive projects moving forward, including two acquisitions on Dean Street in Downtown Brooklyn and 1,200 units of affordable housing in Hunters Point South. TF Cornerstone had such a powerful year, also including their participation in the $3 billion redevelopment of the Grand Hyatt by Grand Central Terminal with RXR Realty and MSD Capital, that even having a deal with Amazon for a two million square foot property fall through didn’t squelch their rise.

Next, three different teams saw gains of 20 points on the Power Finance: Richard Mack and Peter Sotoloff from Mack Real Estate Credit Strategies rose from 29 to 9, Dustin Stolly and Jordan Roeschlaub at Newmark Knight Frank jumped from 33 to 13, and the team at LoanCore Capital debuted on the list at number 30.

One could look at these aggressive risers and say, that, right there, that’s power. But the other thing we know about power is that part of its surprise is in its unpredictability – what goes up must come down, even in normal years, which this is not. Will these 2019 success stories continue their meteoric rises on the Power Lists in 2020? If there’s one thing we know, it’s that power giveth, and power taketh away. So, for our 2019 super-risers, see you at the top of the list – or not – in 2020.