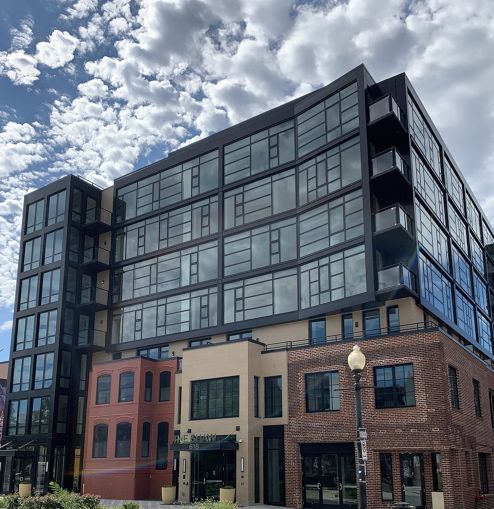 The Shaw. Photo: By JLL

“The boutique asset is a best-in-class development in one of Washington D.C.’s most desirable residential neighborhoods,” Brian Crivella, managing director of capital markets at JLL, who represented the sellers, told Commercial Observer. “The seller built the project and was able to sell it empty at construction completion.”

The Shaw boasts a rooftop terrace and lounge, and is powered by smart home technology including Latch keyless entry, a virtual front desk and integrated parcel locker systems for deliveries.

“In addition to the lively entertainment scene, The Shaw has unmatched proximity to Washington D.C.’s sought-after employment opportunities,” Dennis Irvin, Capital Security Advisors’ president, said in a prepared release. “The emergence of this neighborhood and nearby areas has been increasing over the past several years and has even become a second base for the world’s largest e-commerce platform.”

According to JLL, The Shaw has a Walk Score of 98 and a Bike Score of 92. It’s also adjacent to the Shaw/Howard University Metro Station on the Yellow Line.

“The Shaw’s neighborhood continues to attract the strong renter-by-choice demographic given the proximity to nightlife, restaurants and bars,” Crivella said. “The location is also proximate to the employment core of the city.”