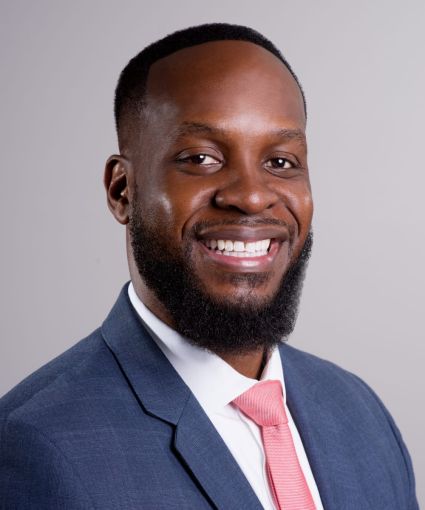 Former Freddie Mac senior director Dwayne George has been brought in by multifamily financier Merchants Capital to hold the title of executive vice president and national head of production, according to information from Merchants.

George brings with him 15 years of experience in multifamily finance, management and sales, having spent the last eight years under the umbrella of the government-sponsored multifamily finance behemoth Freddie Mac, where he served as an underwriter and later in production and sales for its targeted affordable housing (TAH) business — he managed the agency’s Optigo® Lender Network, which comprises 19 lenders responsible for deploying around $6 billion in affordable housing production annually. He was a senior underwriter producing around $300 million to $400 million in loan volume within Freddie’s TAH group before he moved to the production and sales team.

He joined Merchants to lead its sales offices in New York, Minneapolis, Indianapolis and Chicago, according to Merchants, and his role will include traversing the country to coordinate with loan originators and existing customers as well as train the existing sales team, manage the sales process and recruit new personnel.

“My experience in the private sector and at Freddie Mac has fueled my pursuit of providing a dynamic approach to multifamily finance with a hyper-focus on the customer experience,” George said in prepared remarks. “The team at Merchants shares my vision to effectively and efficiently expand the firm’s national affordable multifamily housing presence in the market. I’m excited to play an active role in advancing Merchants Capital’s commitment to continued excellence.”

Prior to Freddie Mac, George got his start at Greystone as a senior production analyst, where he stayed for nearly three years before joining Amerisphere Mortgage Finance in the same role in June 2007 — Amerisphere’s multifamily business was eventually acquired by Northmarq in 2015. After about a year as an underwriter at Enterprise Community Investment, ending in June 2012, he joined Freddie.

A Maryland native, George received his bachelor’s in business administration from Goucher College — a liberal arts college in Baltimore — in 2003, and more than ten years later in 2014, he enrolled at Georgetown University in Washington, D.C. where he graduated in 2017 with a master’s in real estate and finance.

Merchants Capital president and CEO Michael Dury said in a statement that while the firm continues to grow its sales team, “it was essential to give them support through sales and product training, but most importantly, provide them with best in class leadership to help grow their respective businesses. Many of our team members already had a strong relationship with Dwayne during his time at Freddie Mac, which I believe will allow for a smooth transition and allow him to hit the ground running.”