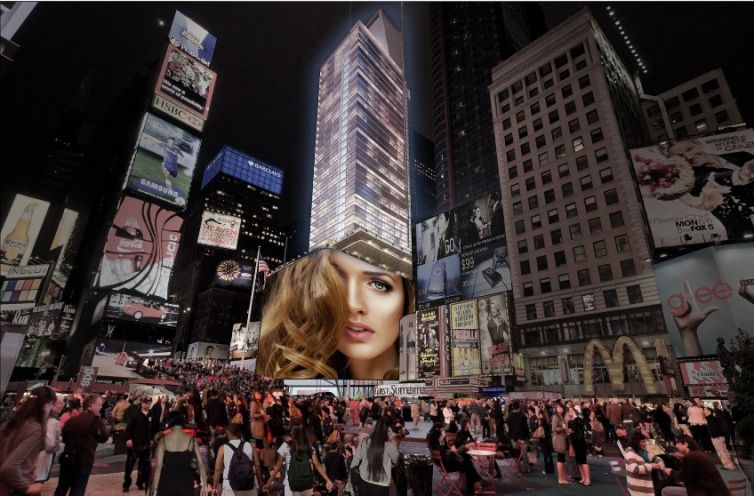 Times Square Edition might get a second chance. Credit: CoStar

The glamorous Times Square Edition Hotel, dark since March and due for permanent closure in August, might yet live to see the New Year’s Eve Ball come down.

Operator Marriott International advised employees in May that the towering, 452-room pleasure palace at 701 Seventh Avenue would close for good on Aug. 13, owing to a pending bank-loan default by property owner Maefield Development, which is led by developer/investor Mark Siffin.

But sources told the Commercial Observer that a deal has been worked out with lead lender Natixis and other parties to clear up a Gordian Knot-like tangle of debt claims that will enable Marriott to reopen the hotel this fall.

That is, if the coronavirus remains sufficiently contained in the city. “The timing depends on the virus not coming back in a second wave,” said a banking source. The spread of the Covid-19 disease has been greatly reduced in New York City and the state.

But the key hurdle to reopening the Edition – an impenetrably complicated scrimmage among the building owners, their principal, and mezzanine lenders and Marriott – has been cleared with the debt restructuring, the sources said.

“Maefield and the lenders desperately wanted to keep the hotel in place because without it, the property would be near-empty during the worst crisis in the city’s history with no prospect of being refilled,” a source said. Several different sources said the debt on 701 Seventh Avenue, aka 20 Times Square, was considerably more than the $600 million Natixis mortgage.

The stylish Edition opened in March 2019 and quickly drew a celebrity clientele and high-spending tourists for its Times Square views and for restaurants helmed by Michelin-starred chef John Fraser.

Although the Edition’s impending permanent shutdown was widely reported to suggest it had failed just 18 months after its heavily hyped launch, the hotel’s room occupancy and revPAR (or revenue per available room) were strong up until the point when the virus all but killed off the city’s hospitality industry last spring.

The Edition was a hit even as other new hotels lost business due to a glut of new rooms. The problem was the property of which it was part: the brightly lit, 42-story skyscraper at 701 Seventh Avenue at West 47th Street, aka 20 Times Square. Marriott had no ownership in the hotel but operated it under a management contract with Maefield and its partners.

A corner storefront with 23,250 square feet has also failed to draw tenants despite efforts to draw any users despite the prospectus’ statement that “the borrower sponsor” had “received inquiries from Ford, Starbucks and many other recognizable brands looking to establish a flagship retail location.”

Representatives for Maefield and Marriott didn’t get back to us. A Natixis representative could not be reached.

Times Square Alliance President Tim Tompkins said prior to the deal being worked out, “I knew that Maefield hadn’t given up on trying to work it out.”