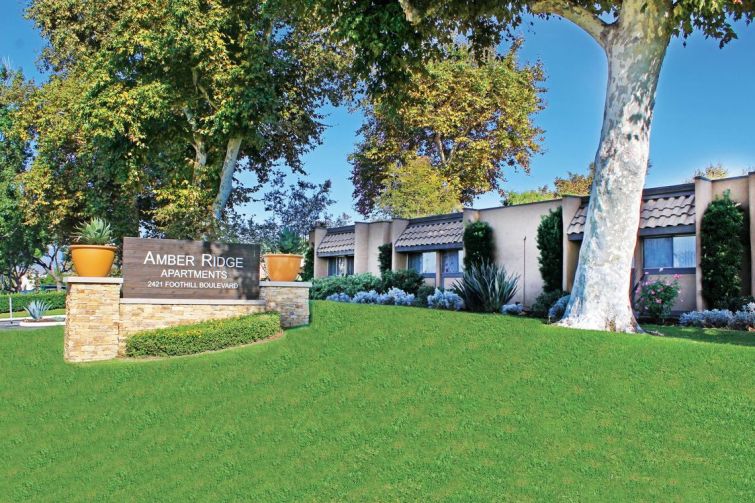 Bhatt said in a statement that Berkadia was impressed with Silver Star’s ability to close the deal, being that it had the purchase under contract prior to the pandemic but wanted to include an equity partner with a track record and strong presence in Los Angeles.

Amber Ridge is located at 2421 Foothill Boulevard in La Verne, Calif., just about 30 miles east of Downtown Los Angeles. The 25 two-story apartment buildings that make up the 10-acre site were built in 1973, and the property was last renovated in 2006, according to information from Berkadia. Amenities at the location include a swimming pool with a spa, a fitness center, a clubhouse that features a kitchen and fireplace, a business center, an outdoor picnic and barbecue area and a pet grooming station. It is also within close proximity to multiple local colleges.

“La Verne is known for its highly ranked public-school system and strong demographics, with a median household income of approximately $85,000,” Franklin said in a statement. “As renters move out of Los Angeles to more affordable and nearby submarkets, La Verne has experienced significant rent growth over the past five years.”

Monthly rents for the site’s one-, two- and three-bedroom residences range from $1,900 to around $2,650 according to listing information from Apartments.com. (The supposed website for the property was not functioning, and at the time of publication, CO was unable to cross reference rental rates with what might’ve been on the website.)