The property is located in a TOC area and a federally designated opportunity zone. It is being considered for projects such as a film studio, entertainment campus, and community business incubator 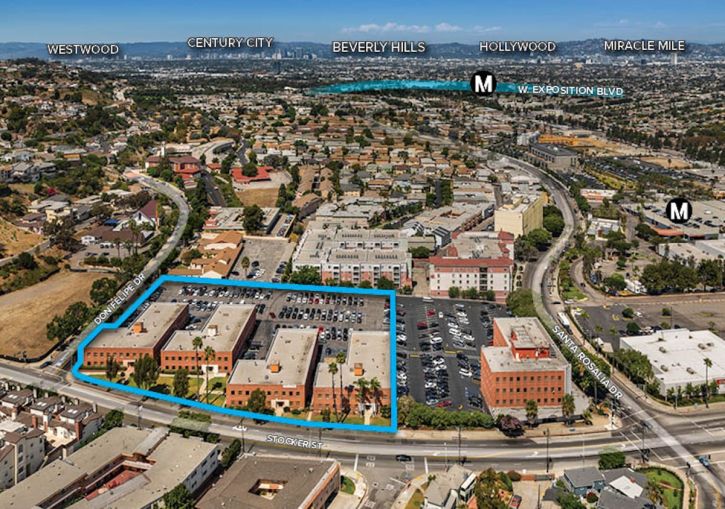 The site at 3731-3741 West Stocker in the Baldwin Hills/Crenshaw community. photo: courtesy of CBRE

The firm purchased the site in the Crenshaw and Baldwin Hills area from Sharp Capital and One Cole Group. CBRE announced and helped arrange the sale. Property records show the sellers acquired the office campus for $13.32 million in 2017

“[4S Bay] intends to occupy a portion of the existing office space to accommodate their growth requirements related to their social impact and economic development initiatives, and to support their commitment to the community,” said CBRE’s Laurie Lustig-Bower in a statement.

She added that part of the site is being considered for potential redevelopment projects such as a film studio, entertainment campus, and community business incubator to support 4S Bay’s economic development focus within the Baldwin Hills/Crenshaw community. According to media reports, 4S Bay acquired a majority stake for $10 million last year in L.A.-based Wayfarer, a production company focused on social cause-driven shows and content.

“As social impact investors, we are excited about this opportunity to support our primary mission to invest in communities of color and to drive new economic investment into the Baldwin Hills/Crenshaw community,” said Jim Casselberry, chief investment officer at 4S Bay Partners.

The property is in a designated opportunity zone, which allows investors to defer capital gains taxes, and put them into real estate projects. It is also located in a Transit Oriented Communities area, which would allow for denser development should affordable housing be included.