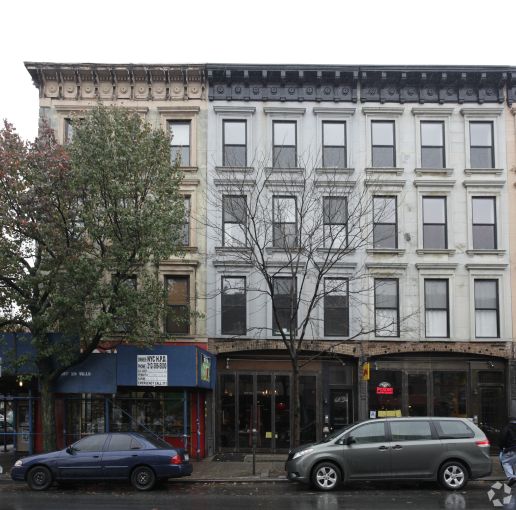 Pietro Mosconi, the so-called “Chef of Greenwich Village” who owns Villa Mosconi and Monte’s Trattoria, will open a new eatery in Clinton Hill, Brooklyn, with the owner of two Queens restaurants, Commercial Observer has learned.

Mosconi and Chef Raffaele Solinas signed a 10-year lease for 1,800 square feet at 458-460 Myrtle Avenue to open a yet-unnamed Italian eatery, according to All Points Real Estate’s James Monteleone. Asking rent was $80 per square foot.

The pair will take over the former Da’Ciro Brooklyn storefront on the ground floor of the four-story residential building between Waverley and Washington Avenues, Monteleone said. It’s unclear when they plan to open.

“[The neighborhood] is a prime area for restaurants, and this tenant with their previous success and experience, will be a great addition to the community,” Monteleone, who represented the tenant and landlord Frank Costabli, said in a statement. “Given the current environment now and its impact on the restaurant business, it was a pleasure to be a part of this transaction in helping the industry back on its feet.”

Mosconi was born in Piacenza, Italy, and immigrated to New York with his father in 1966, according to his website. He opened Villa Mosconi and Monte’s on MacDougal Street and later wrote a cookbook “The Chef of Greenwich Village” with his daughter.

Solinas — who also previously owned a restaurant in Greenwich Village — currently co-owns the Italian eatery Maiella and American Brass in Long Island City, the latter which opened just before the coronavirus pandemic forced eateries in the city to shutter, Forbes reported.