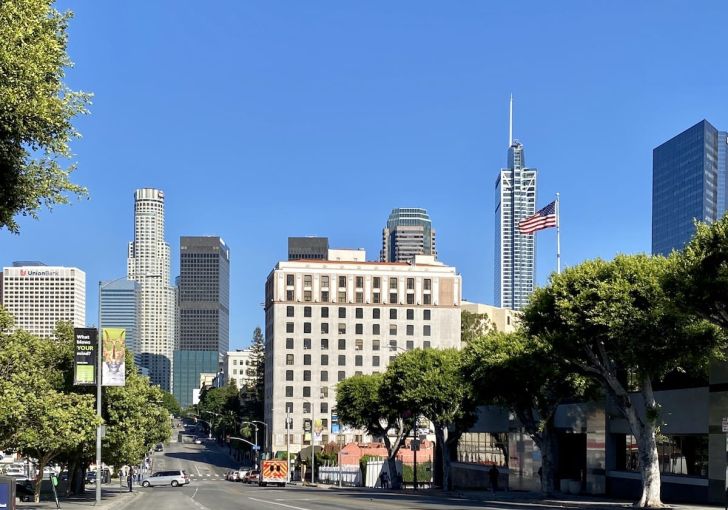 The work-from-home phenomenon has introduced new levels of uncertainty for how the experience of working from home will affect the office market, which has already seen discouraging returns since the outbreak. photo: Gregory Cornfield/Commercial Observer

Commercial real estate developers and investors in the Golden State have gloomy and dismal expectations that almost every sector will be negatively affected by the pandemic through 2023, according to a new survey released today.

The Allen Matkins/UCLA Anderson Forecast survey for California shows “uniform pessimism” across all markets, and a drop in sentiment for developers across all commercial real estate spaces through 2023. Panelists see retail continuing its downward spiral, and office market demand decreasing due to work-from-home policies.

The biannual survey of commercial developers and financiers projects a three-year outlook for the state’s real estate industry and construction conditions for the office, multifamily, retail and industrial sectors.

John Tipton, partner with Allen Matkins, said it’s important to remember the survey was taken in the middle of a pandemic, and the timing dovetailed with the reopening of the economy, the recent civil rights movements, and resurgence of coronavirus cases.

“A pandemic is bad enough,” he said. “The economy was going great [before the outbreak]. And there was really no reason to stop other than a kind-of black swan. Well, a black swan happened. It’s called a pandemic. So you get this incredible forced reduction immediately.”

The current pandemic-driven recession has “tripled down on the struggles retail already faced,” the report read. The trend has been accelerated by loss of household income and shelter-in-place orders reducing demand for brick and mortar retail; the creation of a new set of online shoppers; and more households saving money due to a recession.

While the panel expects some activities to return — mostly with personal services and experiential retail — marginal properties will not find tenants willing to pay sufficient rent. In the Bay Area and Southern California, two-thirds of panelists will not develop any new properties in the next 12 months.

“Retail is going through a secular restructuring in part because of the rise in online shopping,” Tipton said. “If you’re in a B site with retail, it’s a tough place to be right now. It was a tough place to be pre-pandemic, and now it’s massively impossible to be post-pandemic.”

The work-from-home phenomenon has introduced new levels of uncertainty for how the experience of working from home will affect the office market, which has already seen discouraging returns since the outbreak. A new report by NAI Capital showed Los Angeles County’s combined office leasing and sales activity in the first half of 2020 was just 45 percent of the total of 2009, and on pace to be lower than that year, especially if the shutdowns continue.

According to the Allen Matkins/UCLA Anderson Forecast, panelists’ shared sentiment for the office sector is about as gloomy as it was in December 2008, and they see rising vacancy rates and downward pressure on rents over the next three years. The forecast shows an expected decrease in office construction, and said it is not likely for a rapid return to pre-recession, office-using employment.

Half of the Bay Area and Southern California panelists said their office plans for the coming 12 months were not affected by the pandemic, but one-third also said they are ramping back development by more than 15 percent from their previous plans because they believe land, building materials, and labor costs will be more favorable.

Tipton doesn’t think the work-from-home phenomenon will destroy the office market. He explained that, for sure, many functions that were done in offices can be done from home. But he said there are still a lot of jobs that won’t be as productive working from home.

“Let’s not go too crazy here. You’re taking the survey in the middle of a pandemic. Don’t be like, ‘Oh, real estate is dead.’ Let’s see what happens in December,” he said. “I would not for a second put office and retail in the same camp.”

The industrial and multifamily sectors are expected to only see moderate hits in overall demand for space. The warehouse and logistics market has generally been emboldened by the shift to online shopping. However, the recession has caused viewpoints of the industrial sector to “drop precipitously” in nearly every part of the state. Panelists expect near-term downward pressure on rental and occupancy rates due to an increase in household savings, a recession, and a continued trade war with China.

Tipton said industrial demand is one of the few bright spots, driven by Americans doing more online shopping due to the pandemic. Industrial had the lowest drop in sentiment compared to the other asset classes.

“I don’t know how much industrial distribution has been up. Can you imagine the answer to that question? It’s stupid numbers,” he said.

Sixty percent of the panelists in Southern California are planning at least one new industrial development in the next 12 months, and 39 percent are planning multiple projects.

Darla Longo, vice chair and managing director of capital markets for CBRE, said in the survey analysis that their research predicts that $1 billion of e-commerce sales is equivalent to 1.25 million square feet of industrial demand, and 700 million square feet of new product is projected to be needed over the next five years.

“As a result, the sentiment towards industrial real estate demand continued to stay relatively positive and is expected to remain healthy as e-commerce penetration grows,” she said in a statement.

The multifamily markets will dip moderately due the continued housing shortage across the state. Almost 75 percent of the Southern California panelists said the pandemic has either not changed their plans for future activity or increased it. Kitty Wallace, executive vice president with Colliers International, said the fact remains that there is a housing shortage, and California’s submarkets remain some of the top job markets in the country.

“While many economists project little to no rent growth over the short term, most expect the market to fully recover and experience similarly high rates — likely even reaching historic highs — over the next three-to-five years,” Wallace said with the survey analysis. “After many years of rising pricing, developers are now realizing price reductions and greater flexibility with their contractors and subcontractors … An enormous amount of capital is waiting to enter the California markets, and developers and capital providers alike are more likely to engage in ground-up development.”