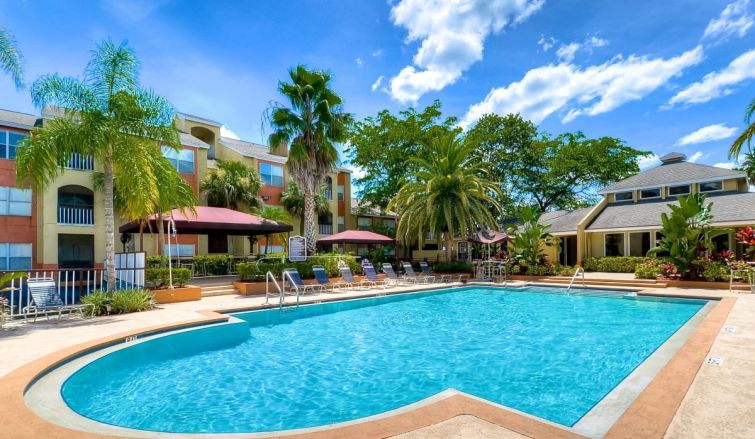 The five-year, fixed-rate loan includes one five-year fixed or floating rate extension option as well as a single year of interest-only payments. The deal includes cash-out proceeds as well as flexible prepayment provisions that feature a lower fee upon a sale.

“The term sheets were executed during the week of March 23. This was only days after the stock market bottomed, volatility and fear were at their peak and nearly all lenders were on the sidelines,” Grossman said in a prepared statement, adding that the lender stepped “at a critical time” to execute.

The portfolio includes 800 total units among The Park at Positano, The Park at Murano and The Park at Veneto at 2719 Colonial Boulevard, 4757 Barkley Circle and 3891 Solomon Boulevard, respectively. The residences feature one-, two- and three-bedroom floor plans with in-unit washers and dryers and patios and balconies.

The complexes also sport amenities such as fitness centers, business centers and recreational offerings such as swimming pools and tennis courts.

An official at NYCB was not able to provide a comment or additional information prior to publication.