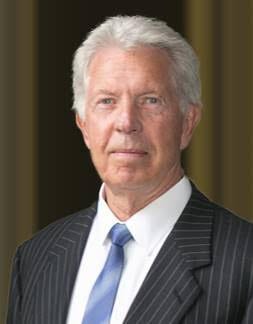 William Millichap, the co-chairman of brokerage Marcus & Millichap, has died  at the age of 76, the brokerage announced today.

The executive passed away following a year-long battle with cancer, according to a company statement. Millichap was an influential force in shaping the brokerage following its founding in 1971 and, in later years, also branched out into proptech investments via Marcus & Millichap Venture Partners.

“The company’s formative years benefited greatly from Bill’s push for innovation, including our training programs, professionalization of the industry, and adaption of technology; key building blocks of the firm’s market leadership,” said George Marcus, the brokerage’s founder and chairman, in prepared remarks. “He was a unique and exceptional leader, coach and innovator.”

Millichap also previously served on the boards of Essex Property Trust and LoopNet, helped to launch San Jose National Bank and the Mid-Peninsula Bank of Commerce; and served as an officer in the U.S. Navy.

“Bill’s passion and commitment to providing the best support to our sales force and creating value for our clients were contagious and remain essential parts of our culture to this day,” said Hessam Nadji, president and CEO of Marcus & Millichap, in prepared remarks.

Millichap is survived by his wife, Sherrie, four children and eight grandchildren.