The Decentralized Future of Office 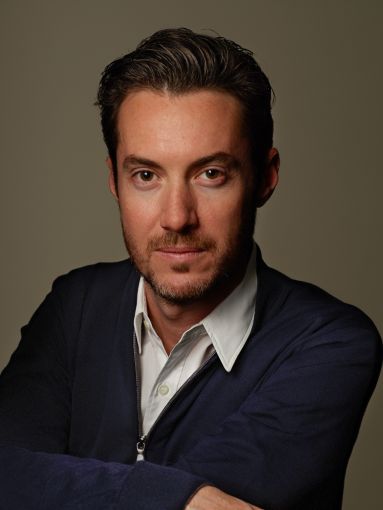 In our new, undeniably altered world, people are looking away from cities, and the corporations they work for are (in turn) looking at reducing their sizable real estate footprints in cities. Who needs massive, densely-populated buildings when (at worst) they’re largely ill-equipped for stopping the circulation and spread of a deadly respiratory virus? And (at best) when they’ve been rendered redundant to the degree that remote work has kept companies functional these last few months?

That calculation seems obvious: The office, as we know it, is entirely over.

Not so fast; there’s always a bigger picture. For example, we know remote work (especially under these circumstances) can cause workers to feel overworked, and can have deleterious effects on their productivity. If nothing else, hear out Stanford economist Nicholas Bloom, whose research on workplace environments demonstrates the value of in-person collaboration: “After nine months of allowing those employees to do their jobs at home, Ctrip [a Chinese travel company] asked the original volunteers whether they wanted to keep working remotely or return to the office. Half of them requested to return to the office, despite their average commute being 40 minutes each way.”

We’ve had similar survey results from our workforce, at Corigin. There are a few people really digging working from home, a few who totally hate it, and the majority: People (like myself) who’d like a hybrid option. One with a workspace that’s not home, that’s safe, and also accommodates a healthy work-from-home policy. Yeah, I know: We’re the people who want to have their cake and eat it, too. And there’s our present conundrum:

1. People and companies are looking away from cities.

2. But working out of a dedicated office is far from dead.

But this conundrum is hardly unsolvable. Back in March, before the pandemic exploded, J.P. Morgan sent their bankers to backup locations. These were spaces near London and New York, right outside of their urban centers. That was in March. Now look where we are. It’s not hard to see how office work — decentralized but not dead — has massive potential, and implications.

Smaller towns and communities existing in the shadow of urban centers — places where workers have upwards of 40 or 50 minute commutes in America, to say nothing of the regional twin-turboprops daytrippers — are undoubtedly going to see themselves viewed as potential moderation points.

And there’s the opportunity, clear as day: Blue chip companies embracing optionality (work from office and work from home) and doubling-down on culture and community by using smaller local offices.

These local, community satellites could turn out to be bastions of community and culture, keeping a company’s ethos intact while providing a better quality-of-life for their teams with a mixed model: Employees could spend two days a week at home, two days a week at the local office, and one day a week commuting into the city. It’s the fitting response to a nuanced problem: a nuanced solution.

Commercial real estate in suburban areas for white-collar work is a potential haven for those who actually do need to get work done in person. The economic boost these satellites could yield in the short and long term doesn’t just extend to the companies increasing productivity with in-person collaboration, but to the wider community around it.

Workers, being closer to home, won’t need to spend as much money on gas or train fares commuting, they’ll support local businesses for lunch, and they’re more likely to catch their kids’ soccer game on the way home. The community spaces in suburban areas will begin to be valued much in the same way as the ones in urban spaces are. The trickle-down effect for these smaller communities will be enormous, economically and socially. While the urban effects will result in less foot traffic and lunch traffic, the benefits in reduced traffic flows, congestions and air quality will be net benefits to those who stick around and thrive in the urban environment.

Urban offices aren’t dead. The need for a central node of operations, a headquarters, will continue to exist — in some capacity — but the opportunity for a decentralized structure within your company is, more so than maybe at any other moment in the last generation, too great to pass up. Lower costs and happier employees sounds like a win-win across the board; so does becoming the kind of company that employs the smart, creative, workaround thinking required to put a solution like this into place.