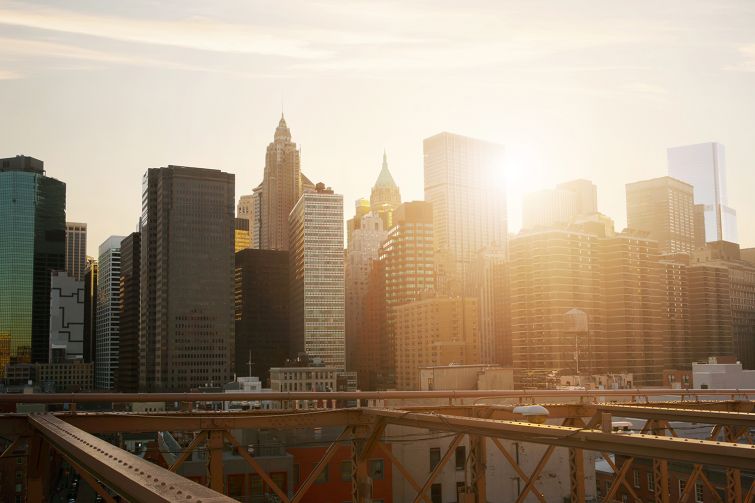 After close to three months at the epicenter of a global pandemic that has killed tens of thousands and confined millions to their homes in the city alone, New York has emerged wounded but already returning to its former self.

New Yorkers who have been here for long enough will talk about the crises the city has faced before, ticking them off one by one — the savings and loans crisis, the dot com bust, 9/11, the financial crisis, Hurricane Sandy — starting as far back as their time in the city, and ending with a variation of “New York is resilient” or “New York is the center of the world.”

History is a good teacher, and in this case a heartening one, but surely no executive worth their salt would bet on that alone. But it isn’t mere optimism that suggests that New York will rebound. It’s because the fundamental attractiveness of New York hasn’t changed, according to numerous real estate experts.

“The uniqueness of New York is its talent pool,” said Bruce Mosler, chairman of global brokerage Cushman & Wakefield. “We have the best and brightest.”

The uniqueness of New York is its people, its cultural life, the diversity of its economy, and the energy that pulses through its streets, said Dustin Stolly, a vice chairman at Newmark Knight Frank.

None of that’s changed. It’s only been temporarily suspended. And the sooner we reopen, the sooner we can begin the recovery, Stolly said.

“We’ve been running forecast models,” said David Providenti of Savills, “We believe there will be an aggressive recovery, although more swoosh shaped than V-shaped.”

The path to recovery will certainly depend on public health factors, first and foremost on how soon a viable vaccine or treatment is available. It will also depend on other health factors, such as whether or not there’s a second wave of outbreaks, how other states and countries contain the virus, how soon global travel resumes, and whether new information about how the virus operates will offer more ways to protect against it.

“It’s ultimately going to be driven by the brightest minds in the medical community,” Stolly said. “Watching the equity markets every day, we’re maybe a little bit ahead of ourselves, but we have the brightest medical minds, hopefully on the way to developing a vaccine and treatments.”

In terms of the office market, the headlines have been awash with stories about the exodus from New York, with tech companies planning to work from home indefinitely, and companies that are setting up satellite offices in suburban areas outside New York so employees won’t have to take public transportation when offices reopen.

And yes, the pandemic will certainly change the way we think about the office, but it won’t mean the end of it, said Mosler. “There will be long term takeaways,” he said. “The workplace is going to become an ecosystem of  sorts — home, office, and maybe some third location.”

Mosler expects to see more flexibility for employees, who will likely spend several days at the office and several at home even after a vaccine is available, now that it’s been proven how productive workers can be from home. But, he said, the vast majority of workers want to go back to work, especially millennials and Gen-Z workers, which now make up a majority of the workforce, based on data collected by C&W. “Millennials and the Gen-Z generation miss the office, they miss the social aspect, the mentoring and the interaction with peers,” he said.

Stolly agreed that younger professionals are eager to return to the office, because for them, the workplace often takes the place of family, or functions as a second family. “Older people have developed a lot of relationships,” Stolly said. “But young professionals are developing a network and a rapport with their colleagues. It stymies their growth.”

Plus, with distancing measures in place for the foreseeable future, Mosler expects to see the office de-densify, a reversal of the trend over the last decade, to pack employees into smaller and smaller footprints.

That being said, it’s clear that we can expect an increase in office vacancies and decrease in rents in the near term, said Providenti. “It will be an attractive market for occupiers,” he said.

What brought companies to New York in the first place is its “diverse, young, hungry, aggressive workforce,” said Stolly, and it’s unlikely that they’ll be leaving.

In general, the trend toward urbanization has been consistent for decades, both globally and within the United States. Megacities like New York, as well as secondary cities throughout the country, have experienced population growth as people stream into cities in search of jobs, community, and opportunity. According to the World Bank, over 82 percent of the United States population lives in cities, up from 75 percent in 1990. (Although, according to the same data, the rate of growth has been slowing, and has been under one percent since 2010.)

“There’s a massive urbanization that’s happened in cities all across America,” Provienti said. “I don’t think the current crisis is going to unwind the urbanization trend.”

But even if there isn’t a massive exodus from New York City, even if it doesn’t lose its population to Montauk, and Westchester and New Hampshire, there is no denying that the hospitality and retail sectors have taken a serious hit, and will likely take a while to recover.

That’s why we need to allow stores to reopen, said James Famularo, the head of retail leasing at Meridian Capital Group. “The short-term damage is going to be huge,” he said. “The longer we delay this close, the more pain we’re going to feel. We need to reopen quickly, and when we do we’ll take the necessary precautions.”

Not only were they harder hit in the immediate aftermath, but they’re highly dependent on tourism, which could take longer to ramp back up than other sectors, said Yariv Ben-Ari, a real estate lawyer with Herrick Feinstein.

“The tipping point of everything will be the travel industry,” Ben-Ari said. “That is what will trigger the airlines, restaurants, hospitality, the arts.”

One possible silver lining is that the pandemic has forced business owners to innovate quickly, especially restaurants, which are ramping up delivery, offering meal kits, and amplifying their online presence. And while it hurts to lose our small businesses, it won’t be fatal, Stolly said.

“New York City is a living organism,” he said. “Those spaces that may have vacated by the victims of this pandemic, will eventually have new tenants, given that New York City is proven to be as resilient as anywhere in the world.”

And some asset owners are looking for ways to “rebrand and re-operate in ways that are a little different,” Ben-Ari said, though that’s more difficult for hospitality. “With hotels, it’s challenging to look at long-term restructuring because it’s contingent on tourism, what happens with opening borders, and inbound tourism.”

But we can expect to see shifts in the market that might make for some surprising winners, Ben Ari said. Airbnb could benefit if hotels remain unattractive, as travelers prefer to book a full apartment, just like coworking companies could benefit if offices need to be more flexible and networked to meet employees where they already are.

Another point in favor of a robust recovery is that landlords and lenders have been very understanding in working with tenants and asset owners, and offering interim forbearance to allow them to regroup.

And on the investment side, Stolly said, he doesn’t expect to see any lull in interest in Gotham.

“There’s tremendous pent-up capital demand for New York City real estate,” he said, though it will start with investments on the debt side. “As the third and fourth quarter approach, there is tremendous opportunity for investors to buy loans from lenders. That will be the first wave of investment versus property sales.”

That’s not to say that prices and rents won’t go down, that there won’t be losses, that beloved businesses won’t close and that there aren’t hard lessons to learn.

“It’s a moment to assess our infrastructure, something the governor talks about regularly and talk about how to do it better,” said Mosler. “Should we be investing in more parks? More open areas to congregate?”

We’ll also look at our public health systems to make sure that any future threats are less virulent. “In the end analysis, the regions that were most challenged will take steps to make us less vulnerable down the road,” Mosler said. “In the near-term, we have paid a very heavy price.”

“Here’s what we’re not going to lose,” Mosler continued. “The theaters, the museums, the things that make New York special will hang on and will survive until post-vaccine. Those institutions will be here.”

Because it turns out that New York without Times Square is still New York.

New York without the trading floors is still New York.

New York without commuters, without lunch hours, without Broadway, without late-night subway rides or high-street retail, without drunk NYU students on Saturday night, without traffic and exhaust and noise and bodega coffee, is still New York.