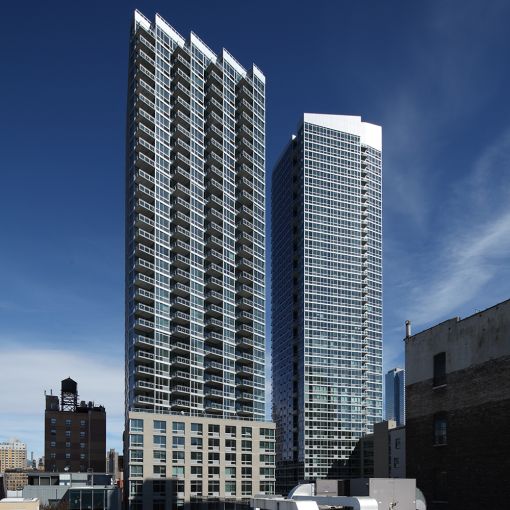 TF Cornerstone has picked up $374.4 million in financing from the New York State Housing Finance Agency (HFA) on its Hudson Yards rental development at 505 West 37th Street, according to records filed yesterday with the New York City Department of Finance.

TF Cornerstone is refinancing $374.4 million worth of existing bonds from 2008 and 2009 that funded the project’s construction — the outstanding balance of roughly $378 million that was issued at the time — and has engaged with Wells Fargo in an agreement for the bank to purchase the bonds directly through a private placement, according to a source with knowledge of the deal.

HFA’s original bond issuances had been a part of the $390 million debt financing package that was provided in July 2008 to facilitate the project’s development, which finished in April 2010, according to data from CoStar Group and information from city mortgage records. German commercial bank Helaba — or Landesbank Hessen-Thüringen Girozentrale — was also involved in the financing of the project’s development after entering into an inter creditor agreement with HFA in 2008, records show.

The construction financing in 2008 came before brothers Tom and Fred Elghanayan spun off from development firm Rockrose to form TF Cornerstone in 2009.

Tenants at the location include Enterprise Parking and Clyde Frazier’s Wine & Dine, among others. Clyde Frazier’s is a restaurant and bar that leased out over 10,000 square feet at the ground level in April 2011 but is currently closed due to the current circumstances around the pandemic.

The rental tower sports studio, one-, two- and three-bedroom apartments. Of its 835 units, 165 are considered rent restricted affordable apartments, according to CoStar Group. In the spring of 2018, the waiting list for its affordable units officially opened for those households earning 40 percent of the area’s median income.

The asset features more than 18,000 square feet of outdoor amenity space, including a landscaped roof deck and sundeck. Other amenities include a fitness center and a lounge with a grand piano. It also has a HomeWork coworking space, according to TF Cornerstone’s website.