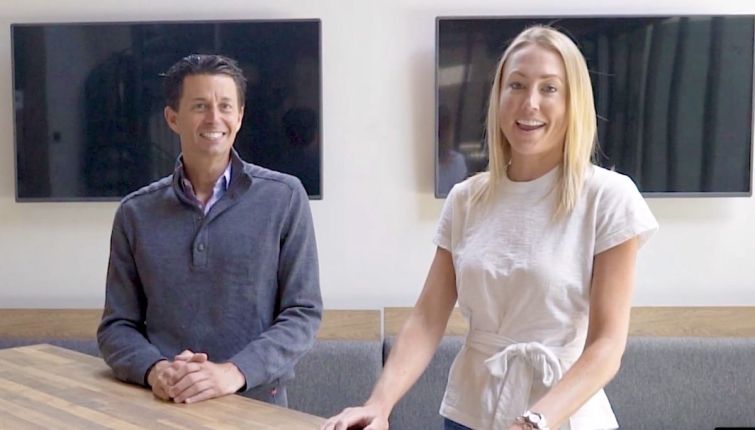 It has been more than three months since the global pandemic forced California to shelter-in-place and the economy to shut down. But with more rent and loan payments due this week, experts expect more severe challenges for the real estate industry to hit this summer and fall after much of the emergency federal aid is spent.

Ryan Harding and Jennifer Frisk, directors at Newmark Knight Frank’s office in Downtown Los Angeles, said there wasn’t much of a change for rent payments for office tenants for April, May and June because companies utilized funds from the Paycheck Protection Program (PPP). Instead, landlords are more concerned about July, August and September going forward.

“As we get into the fall, and people start coming back to work, and there’s no PPPs, you really have a chance to assess where your business is at,” Harding said. “That’s what a lot of our clients are doing — figuring out a true triage of where you are. You’re back in your office, maybe it’s 25 percent capacity, maybe it’s 50 percent, maybe in some cases it’s 100 percent. Most are going to be in that 25 to 50 percent range, though, and you’re trying to do business again. What does that look like? Then rent gets really interesting. Later this summer, early fall — that’s when I think it gets really dicey.”

Harding and Frisk manage transactions for hundreds of tenants and landlords, including many tech corporations, media companies, nonprofits, entertainment firms, financial services and construction companies. In an interview with Commercial Observer, the two discussed the challenges, obstacles and trends moving forward for Southern California.

Commercial Observer: Are you seeing a lot of lease renegotiations? Are you seeing significant changes or material changes with existing and new lease terms?

Jennifer Frisk: On the office side, we’ve seen a lot of landlords offer rent deferrals but no rent abatement, and that’s been consistent since all of this started (…). We’re not seeing a lot of existing, full-blown lease renegotiations yet.

And we also aren’t currently advising our clients to do that, because I think it’s too soon to determine what’s going to happen; how the market is going to shake out; what the reduction in rents are going to look like. So if you renegotiate now, and let’s just say rents are down 10 percent, but they end up down 20 percent, then you jumped the gun.

The market still lacks significant data points since not as many deals have been transacted over the last few months. I think we are still waiting to see the impact of the PPP funds going away, in conjunction with many moratoriums being lifted, to see how both tenants fare without financial assistance, and how landlords react.

Ryan Harding: We have retraded a lot of deals though, for those that are ongoing right now or that were going on when this pandemic started — maybe they were in lease document negotiations, and agreed on the letter of intent.

And on average, we’re seeing anywhere from 5 [percent] to the top end 10 percent of a decrease. But most of the time, it’s in the 6 to 8 percent decrease in rent, or increase in landlord concessions, like free rent and tenant improvement allowances.

What kinds of clients needed rent deferrals and the most help?

Harding: Some of the industries — gaming, streaming, insurance, anything related to home office, healthcare services, consulting, education, technology — those industries all did really well. So none of our clients in those industries really asked for anything to be honest with you. It was very industry specific about what we were going after [for assistance from landlords] and how much rent deferral. We never got any rent abatement for anybody. I don’t believe anybody did. I never heard of anybody getting it.

But the deferrals we were going after were often for industries that were suffering a lot more (prior to the pandemic). And quite honestly, in many cases, landlords didn’t agree to much. They really didn’t. I don’t know if that is going to stick, or if big tech companies or somebody with deep pockets is going to take that higher up in the legal system. I don’t know. (…) We were successful in some instances. But in many instances we actually weren’t.

Frisk: I think some of the challenges, too, are a lot of clients and just general tenants across the nation looked at this and said, ‘Oh, we’re not using our offices. We don’t have to pay rent, even if we aren’t affected yet.’

And I think that’s kind of the key. In March and April, a lot of industries weren’t affected immediately. And so landlords would look at balance sheets and operating expenses and everything when these tenants asked for deferrals and say, ‘Look, we don’t see any impact in your financials yet.’ But, then come September and October, when most everyone will have an impact, it’s a challenge to ask again.

I think it’ll be interesting to see how, come fall — when most industries do have a more substantial impact than they did maybe in April — how landlords look at that and adjust.

CO: How would you compare Southern California to other major markets? Are there noticeable weaknesses in relation to this downturn?

There’s a lot of big tech here. And many of those companies will do very well through this. And there’s a lot of capital here. There are a lot of private equity and venture capital firms that still have money that are looking to invest, which will allow this market to come back a little bit faster than some others…When we are back and working and up and running, even if it’s at 50 percent, I think that it will help this market propel forward a little faster.

What are the differences with coworking tenants and what are your expectations on that side?

Frisk: Most of our clients now that are in coworking are either trying to get out of their leases or are not comfortable going back. They don’t want to be that close to either people within their company or sharing space in that close quarters with people they don’t know. So I think there will be a shift in the coworking model.

Coworking will stay because it provides something that is flexible when you look at the difference between traditional real estate, which is why it was so successful. So, I think the flexible work space model will stay, but I think it will evolve from what it looked like before quarantine.

Harding: The crux of coworking was and is very smart. It provides flexible work environments that you can get into quickly. It used to be that we started processes to relocate clients 12 to 18 months in advance, depending on how large it was in many cases. And over time, that just wasn’t possible, and (companies) just didn’t know what they needed, and they were growing quickly. And so the idea of coworking is a great idea, and does provide that flexibility. I think it’s just going to exist in the future in a way that has a higher dense use of offices, private office space. And you won’t see for the foreseeable future, and maybe forever, those 30-person offices that are meant for 12 people. Those days are over.

What other expectations do you have moving forward?

Harding: In some instances, one of the trends we’re starting to see is tenants actually taking, for the next 12 to 24 months, short-term expansion space to get their employees back faster. So, we need to socially distance, we don’t want to do a complete makeover of the office for what may be a year thing and may be a 10-year thing — we don’t know at this point. So there’s a pre-vaccination, post-vaccination mindset here.

A number of our clients, in recent weeks, as they’ve started to think about opening up, are taking additional space for 12 to 24 months just to get their employees back on a socially distanced level, saying, ‘Look, if I can get my employees back, and working productively, and that helps us start earning revenues in a meaningful way, then whatever I pay for this short-term office space should pale in comparison.

We’re seeing it more in the Midwest and Southwest and places that have started to open up. You’ll see it more on the East and West Coasts going forward because there’s a huge question mark right now — not only about paying rent, but clients coming back, saying, ‘OK, I’ve lost X percent of revenues because of this. I’m expected to pay rent. I don’t know if I should spend a bunch of capital, and I don’t necessarily have the capital to change my office space right now. What can I do to get my employees back quickly, but also safely in a way that they feel healthy being at work?

Frisk: We essentially hit pause when we all went into quarantine…So there’s just not a lot of data points out there right now, there’s not a lot of transactions that were completed. Most were put on hold. Most tenants that did have near-term lease expirations are trying to do just short-term extensions to try and get a feel of what’s going on (depending on the industry). So, as more and more states are getting started, there’ll be more and more data points. People will start to transact again.

I think it’s interesting that a lot of the tech giants have kind of said ‘We’ll sit back and wait, everyone can work from home indefinitely. But we know Amazon is working on a very significant plan to get people back. We know Apple wants to get everybody back. They don’t exist with people at home, not being creative and collaborative. So, as they will always be leaders in trends, and as they come out with a plan — Google included — people will start to move again.