From big box stores to restaurants, tenants have paid about 61 percent of June rent 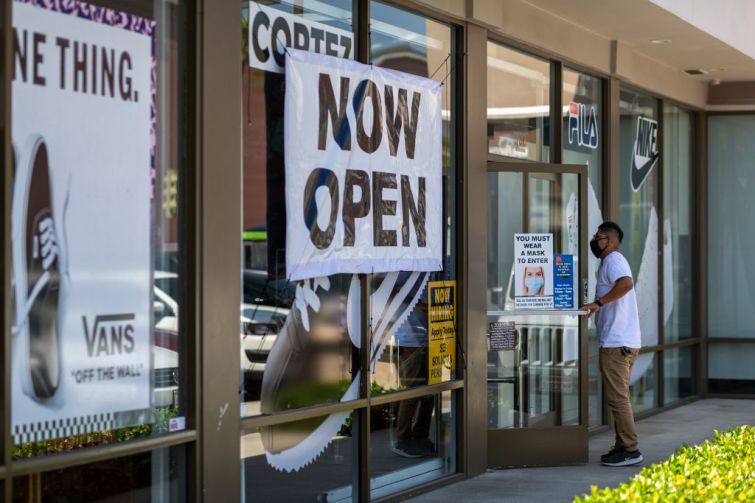 More retail tenants are paying their rent as the economy begins to reopen, a new report shows, but the rent collected is still far below March levels.

Retail tenants paid roughly 61 percent of their June rent by mid-June, up 15 percent compared with May, but down 30 percent from mid-March, according to data from Datex Property Solutions.

Of the 128 companies in the dataset, which includes brands with at least ten locations or $250,000 in annual rent payments, 98 were paying a smaller percentage of their portfolio rent than they were in March.

And while the results were largely consistent across sectors, based on how heavily they were impacted by the coronavirus outbreak, and whether they were forced to close—with gyms and theaters paying almost nothing, and grocery and big box retail paying close to 100 percent of their rent bills—there is some variation across brands.

Forty brands paid less than half of their rent in June including fashion stores like Gap, Foot Locker and Burlington Coat Factory, service stores like Supercuts and Fantastic Sams, and a variety of others. Two of the brands that fell the hardest between May and June were Nordstrom Rack, which paid 41 percent of its rent, down from 86 percent, and the trio of sister brands TJMaxx, Marshalls and Home Goods, which each fell between 20 and 40 percent. JCPenney had the starkest fall, and paid no rent at all after entering into bankruptcy in May.

Quite a few brands from sectors that benefited from the coronavirus pandemic were paying at least 10 percent more rent this year, compared with last. That includes grocery stores Ralphs, Shoprite and Albertsons, which paid 99 percent of its rent in June, up 20 percent from March, and 23 percent from last year; bix box retailers Walmart and Target, which paid 38 percent more rent in June of this year relative last year; and restaurants Chipotle, McDonalds, Wendy’s and Little Caesars.

A handful of companies also paid more rent in June than in March, including restaurant chains McDonalds, Burger King, and Chick-Fil-A, and grocers Albertsons and Aldi. The two standouts were Pier One, which went into bankruptcy in the interim and paid 71 percent of its June rent, compared with seven percent in May, and the United States Postal Service, which more than doubled its rent payments from 21 percent in May to 47 percent in June.

Many states have allowed restaurants, retail shops, gyms and salons to reopen, with various restrictions, and under various timelines, making it tough to assess just how many of the various retailers’ stores are actually open at this time.