Real Estate’s Power Players Swing, Miss on Seeing the Future Due to COVID-19 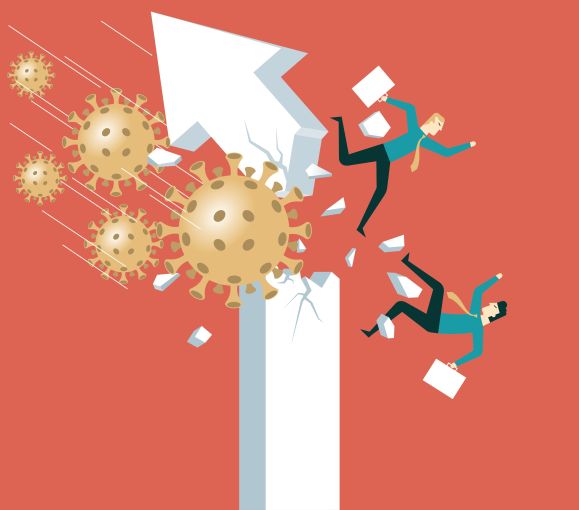 Oh, how we long for the days when a king or queen of the industry could glance down from the mountaintop, all-knowingly proclaim that deal volume will see an uptick in the next quarter, and revel in their wisdom.

But alas, these are heady days for the sayers of CRE sooth. If knowledge is power, then this year has left even the greatest Supermen and Wonder Women of commercial real estate feeling more like paupers than princes.

COVID-19 has rendered market predictions irrelevant. Save for a small cadre of frustrated epidemiologists, very few people saw this coming, and certainly, no one in commercial real estate could have predicted heading into 2020 that not only our industry, but our entire world would be torn asunder by a virus that would leave the economy in tatters, and the very concept of going somewhere – a restaurant, an office – anathema.

Evaluating predictions made just last year seems not just quaint, but unfair. How can you ask people to make predictions about a world they’ve had no exposure to?

The United States of COVID is unlike any place anyone today has lived in, worked in, or tried to tame, and expecting even the most sophisticated among us to lay out its future would be like expecting a broker to not only sell space but to lift it as well.

So, looking back on recent predictions by members of our Power elite can feel like a set-up, especially when we asked some of CRE’s top owners and lenders just this past November if they thought the economy would hit a downturn.

When Marty Burger, CEO of Silverstein Properties, told us he didn’t think we’d be heading into one because interest rates would stay low; when MaryAnne Gilmartin, then CEO of L&L MAG, saw us headed for “a correction, if not a modest downturn”; when Douglas Durst, chairman of The Durst Organization, answered a question about whether we were heading into a downturn with an enthusiastic “No!”; all can be forgiven for their missing the main issue.

Even those less optimistic in their outlook still missed the mark. Both Chad Tredway, Head of Real Estate Banking, J.P. Morgan; and Katie Keenan, Managing Director at Blackstone, had their eyes on “the outside risks” – geopolitics, the trade war, general macro-uncertainty.

Of course, the problem was not with their economic radar. It’s that the game was rigged. A global health crisis was a spitball they didn’t see coming. What all this ultimately shows us, aside from the general folly of making predictions, is that power in commercial real estate, as in many other areas, comes down to a character trait more important now than ever: the ability to roll with the punches, shift with the situation, and ride the asteroid to continued success in a world very different from the one you anticipated.

If you can do that – that’s real power.