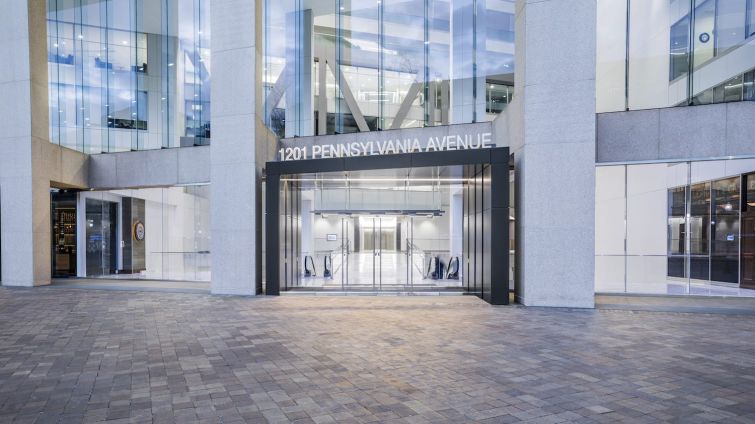 The National Endowment for Democracy has signed an 82,000-square-foot lease at 1201 Pennsylvania Avenue, a 450,000-square-foot office building in Washington, D.C.’s Penn Quarter neighborhood.

Other highlights of the building are three sides of quality window-lines, no alley views and a 13-story, sun-lit atrium. Amenities include a rooftop deck with views of the Capitol, a conference center and a new fitness facility.

“There are also HVAC upgrades,” Mueller said. “We’ve replaced everything down to the chillers and fresh air intake. We went above and beyond what was required.”

NED is set to occupy both the 10th and 11th floors of the 13-story building, which offer column-free spacing on each floor, and private access to one of the largest rooftop terraces in D.C. Rents were not available.

“After a competitive search across the city, we couldn’t be more thrilled to welcome NED to 1201 Pennsylvania,” stated Martin Cawley, Sentinel Real Estate Corporation’s managing director, said in a prepared release. “We recently completed significant investments in the building and we know as the foundation continues to grow, even amid a downturn, they will be able to do so right here at 1201 Penn.”

NED is scheduled to move into its new space next April.