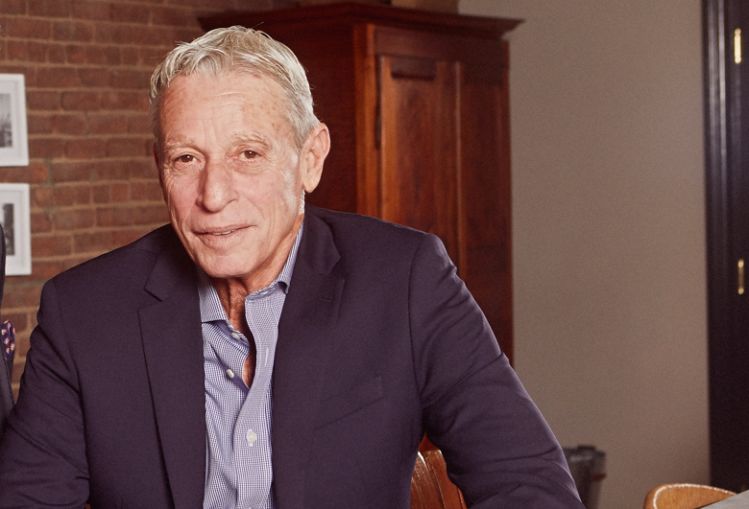 Sad news out of Dumbo this week, as word reached Commercial Observer that Howard Klaus, co-founder of HK Organization, has passed away at the age of 65.

Klaus’ death on June 5 was confirmed by his longtime friend and co-founder, Harry Kotowitz. The cause of death was not disclosed by Klaus’s family, though it was described as unrelated to the current COVID-19 pandemic.

“Howie loved Brooklyn and was dedicated to creating quality and unique developments in both residential and commercial spaces,” Kotowitz wrote in an email to CO. “He brought his vigor and love of life to the profession and I will miss him very much.”

Klaus is perhaps best known for the creation, alongside Kotowitz, of the Empire Stores food, retail, and office complex in Dumbo, which is home to the Time Out Market food hall and West Elm, among others. “As a real estate owner and developer he had a passion for design and a keen eye for perfection,” Kotowitz wrote.

Klaus was a man with both Brooklyn and real estate in his blood.

“I grew up on Ocean Avenue between Avenues Y and Z in Sheepshead Bay,” he told CO in a profile of the HK co-founders earlier this year. “I grew up with an affinity for the water. As a kid, I used to walk to the Bay and go fishing, and worked on a fishing boat down there for a few summers. I loved growing up there.”

Klaus also developed an affinity for real estate as a teen, even dragging his father and uncle to view properties at the age of 17.

Shortly after, he took a summer job with a realtor, and after several jobs in rentals and property management, he opened his own real estate office, Church Realty, on Church Avenue and East 17th Street in Brooklyn.

Klaus and Kotowitz met in the early 1980s, when Klaus did some independent property management for the company Kotowitz worked for, R&C Management in Rosedale, and the pair hit it off.

They formed a property management company together with several other partners, called the Kay Organization, in 1985, building it over the next decade to manage around 4,000 units. They developed a specialty in affordable housing, redeveloping thousands of vacant, abandoned, and neglected properties.

They began moving into condo development around 1999 when they bought 192 Water Street in Dumbo and 138 Broadway, the Smith Gray Building, in Williamsburg, two of the first high-end developments in each of those then-burgeoning neighborhoods.

“The Smith Gray Building was a cast-iron building I fell in love with,” Klaus told CO. “The wood floors were original, it was one hundred years old, and it was breathtaking. [We wanted to] create lofts there with cast-iron columns.”

The pair branched off to form HK Organization in 2003, and developed a reputation as pioneers with a sharp nose for a hot neighborhood.

CO asked Kotowitz earlier this year what drew them to each other, and how they wound up establishing a solid 35-year partnership.

“I can’t tell you for sure why. We just got along,” Kotowitz said. “Howie’s got a very tough personality. I can be tough when I have to be. I think we’re just a good balance. We have the same goals and aspirations, and we’ve achieved many of those goals and aspirations through a lot of hard work.”

Klaus is survived by his wife, Barbara, five children, and 14 grandchildren.