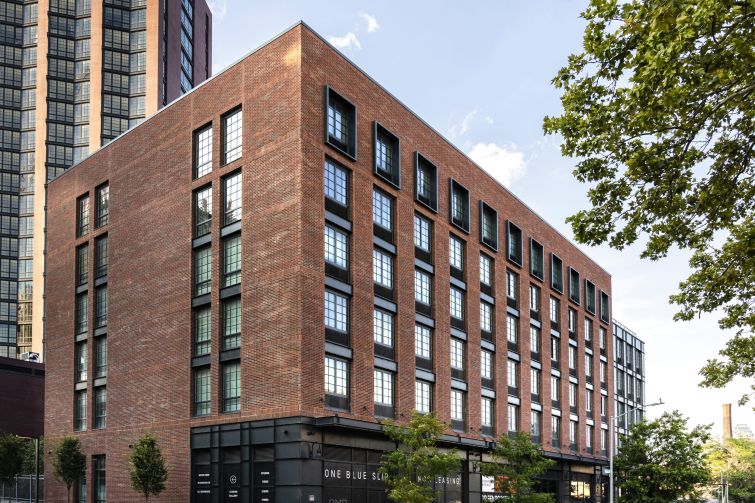 Brooklyn’s Greenpoint Landing has inked a deal with its first food market tenant, Riverside Market, to open up shop at 7 Bell Slip, Commercial Observer has learned.

The market will take 1,500 square feet and is expected to open in the fall, according to information from developer Park Tower Group.

“We are happy to have brought a quality operator from Manhattan into their first Brooklyn location, within one of the most exciting mixed-use developments in the city,” said Peter Schubert, managing director of retail leasing at TerraCRG, in prepared remarks. Schubert, along with the firm’s Bill Strassman, represented the tenant in the deal.

Greenpoint Landing is also home to One Blue Slip, which opened in mid-2018, and Two Blue Slip, which opened earlier this year. When complete, the 22-acre riverfront project will include about 5,500 residential units, of which 1,400 will be affordable, as well as a public school and open space. Park Tower is the master developer on the project and they partnered with Brookfield Properties and L+M Development Partners on specific developments within the project.

UPDATE: This story has been updated since publication to clarify the partnership between Park Tower, Brookfield and L+M.