From CO Editors and Writers: It’s Time For Change 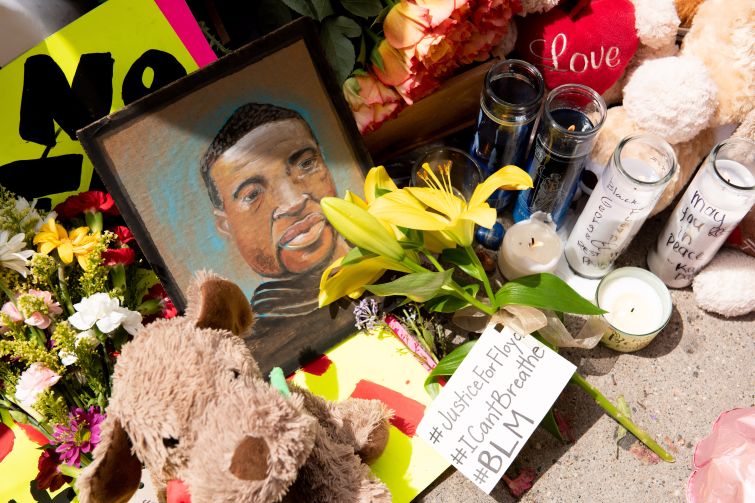 A memorial for George Floyd during the second day of protests over his death in Minneapolis. Photo by Steel Brooks/Anadolu Agency via Getty Images.

Maybe it was the sheer length of the video. Maybe it was the crowds on the street warning Derek Chauvin that he was killing the man he had handcuffed and put face-down on the pavement. Maybe it was George Floyd’s desperate, wrenching cry for his departed mother.

Maybe it was his last few words, “I can’t breathe,” which echoed so harrowingly something we had heard before: They were the final words of Eric Garner.

But something happened to America when the 46-year-old Floyd died in Minneapolis on May 25. Something that had been building for some 400 years.

Commercial Observer has long contemplated what our role is as a news organization and as an institution in larger societal questions. We are committed to reporting the news, as objectively as we can. A lot of our sources and subjects have very definite opinions about what has happened, and for many it is not the same as the protesters.

Yet, to not speak about what happened puts us shamefully in the position of the police officers who stood back while Floyd died and did nothing.

Painful though it might be to admit, the real estate industry has too often been guilty of the same willingness to look the other way when it comes to the struggles of the black community.

Real estate does not exist in a vacuum. It is not just brick and mortar. A connective tissue runs through its neighborhoods, its transportation, its stores and its people. Oftentimes that gets ignored when looking at dollar signs and deals inked. But right now, the members of our collective community are crying out in pain and suffering and it is incumbent upon us all to listen, learn and change.

Certainly, lip service is often paid to notions of equality. The horrific acts committed against George Floyd, Breonna Taylor, Ahmaud Arbery and so many others are condemned. Polite people congratulate themselves on their sensitivity and go back to sleepwalking through business as usual. The pleas for racial equality and affordable housing and the warnings about gentrification and income disparity all get softer and softer until they can’t be heard any longer.

To be sure, we list ourselves in this indictment. It is with no small amount of shame that every year we look at our Power 100 and Power Finance lists and note the stark lack of diversity in the vast majority of the honorees. When we were reporting out one recent such issue, CO’s Editor-in-Chief was taken aback when an honoree said to him: “I have to ask: Am I the first black broker you’ve had on this list?” (He was not, but the message was clear enough.)

We are committed to telling the story of what’s happening right now. But, more than that, we’re committed to a larger story: What’s been happening with the black community—one whose interests are too often ignored. Some of this we’ve begun telling already. There is more to come.

To our readers we enjoin you: You cannot stand around and do nothing. What happened in Minneapolis should have been a stark lesson in that. There is a price to apathy and indifference, and it is a sum no one is rich enough to pay.