Even With PPP Help, Women and Minority-Owned Business Slip Through the Net 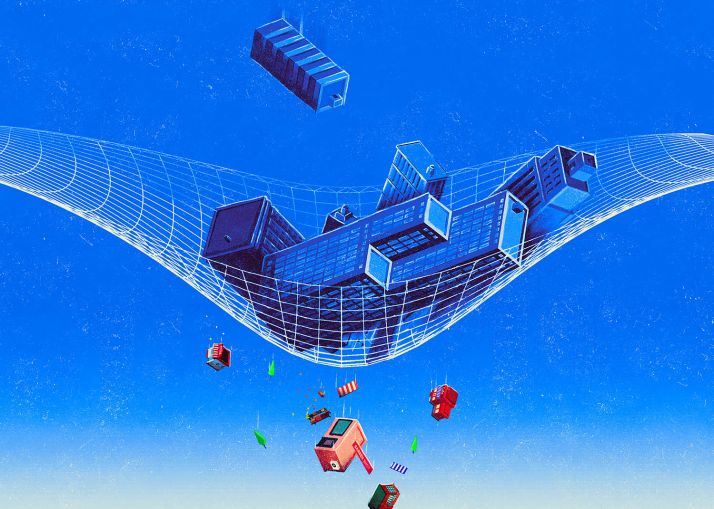 Small businesses fell through the PPP net, and many were owned by women and minorities. Illustration: Daniel Liévano

Although Congress has approved nearly $700 billion in federal funding for the Paycheck Protection Program (PPP), many minority and women-owned firms have struggled to access and use the loans, which were meant to help small businesses get back on their feet during the pandemic.

The pandemic has devastated businesses that are most likely to be owned by people of color, including daycares, doctors’ offices, community organizations, hotels, restaurants, bars and many other kinds of retail. Public data has not been released on recipients or amounts of PPP loans, so it’s difficult to estimate what share of the loans went to minority and women-owned businesses. However, community lenders in Black and Latino neighborhoods told the nonprofit Center for Responsive Lending that 90 percent of the businesses they worked with didn’t receive funding from the first round of the loan program.

Only 12 percent of Black and Latino business owners received the amount that they requested from the federal loan program, according to a survey of 500 business owners conducted in mid-May by Global Strategy Group. Another 26 percent said they received only a fraction of what they requested. Nearly half of all the owners surveyed said that they expect to permanently close in the next six months.

For those small businesses helmed by minorities and women that did receive PPP funding, the challenges remain considerable.

For starters, many were unable to rehire their staff. Employees were either afraid to come back to work during the height of the pandemic, or happy to stay on enhanced unemployment benefits, which often allowed them to earn more than they would have before the pandemic.

Miriam Milord, the owner of high-end cake shop BCakeNY in Prospect Heights, said that she has struggled with figuring out how to use the funding in a way that would still make her eligible for loan forgiveness. The regulations also changed while she was filling out her application, forcing her to refile.

She received two months’ worth of payroll from the program, but she was only able to bring back six of her 16 workers. Thankfully, new federal legislation passed this month allows her to use the cash to restore her payroll to pre-COVID levels over six months rather than by the original, unrealistic deadline of June 30.

While Milord never closed her shop, she did have to shift her business significantly in late March when Gov. Andrew Cuomo issued stay-at-home orders for the entire state. Most of her business comes from making large cakes for weddings and other large events, and suddenly everyone was cancelling their parties for the remainder of 2020 and asking for their deposits back.

“We came up with the idea of making very small wedding cakes and small birthday cakes that can be ordered on our website,” she explained. “That was scary, revamping the entire business in two to three days. But we did it.”

Her revenue declined 50 percent, but she was able to pay her rent and keep her doors open on Washington Avenue, where she’s run the bakery since 2010.

The common complaint about PPP from most business owners in New York City is that they need the money more to cover their fixed costs, like rent. But if an owner wants their loan to be forgiven, they can only use up to 40 percent of the funds for non-payroll expenses. (This is actually a significant improvement over the original version of the program, which only allowed forgiveness if no more than 25 percent of the PPP money was spent on non-payroll costs.)

“Small businesses need the money for other things than payroll, especially when employees are scared to come to work and comfortable with unemployment,” said Milord. “Our rents are so high here in New York that that’s always our highest expense.”

She added that remaining open for the entire pandemic has created stress for her and her employees. They even allowed customers to walk into the shop, but they put up an acrylic wall just inside the entrance to protect everyone and ensure only one person could walk in at a time.

“It’s been a challenging time to balance things, [like] employees with children and homeschooling, with the ability to make a living,” she explained. “We have people working for us that are single moms and hourly employees that really depend on the job. That was difficult to navigate and make sure that everyone was taken care of. And on top of that, just being scared that you’re going to get sick.”

Andres Rodas, who co-owns four restaurants in Brooklyn, said that he’d been struggling to pay rent for his businesses, which include an empanada spot in East Williamsburg and Italian restaurants in Clinton Hill and Park Slope. His landlords have not been particularly flexible.

“Some of them were able to give us a break but one of the landlords isn’t budging, and the other one we have to pay once this [situation] comes closer to normal conditions,” he said.

At Masa Empanadas on Grand Street, he was only able to rehire one of his seven employees after receiving his PPP funding. He felt that his workers didn’t want to return because they were earning more from unemployment payments.

“If the government didn’t offer the extra $600 [a week in unemployment], they would have come back,” Rodas said.

Mayor Bill de Blasio just unveiled a plan to allow outdoor dining on sidewalks, streets and plazas, promising that it would “save” 5,000 restaurants and tens of thousands of jobs. Restaurants reopened on Monday with outdoor dining as New York City enters Phase 2 of Gov. Cuomo’s reopening plan. State guidelines mandate that tables must be spaced six feet apart, and customers have to wear masks.

Rodas plans to reopen Masa Empanadas with six outdoor tables after three months of being takeout and delivery-only. But he argued that the cost of running a full kitchen and paying his rent requires that he fill the restaurant.

“You need to have it at full capacity, especially if you’re in a neighborhood spot like Brooklyn,” he explained. “Fridays, Saturdays and Sundays were the days you could make up the slow days of Mondays through Thursdays. If you can’t make it up by having a full restaurant, it’s tough. Just to pay the rent, you need to allocate 10 percent of your revenues. And it’s not close to that if you’re just going to have the outdoor seating.”

He added, “I don’t know how any of us will survive.”

Meanwhile in Harlem, Karl Franz Williams, the owner of cocktail bar 67 Orange Street, managed to fill out applications for PPP and emergency injury disaster loans (commonly known as EIDL) while recovering from his own bout of COVID-19 in April. He was forced to close the business on Frederick Douglass Boulevard by West 113th Street for that entire month while he and his general manager both battled the disease caused by the novel coronavirus. Their revenue dropped 95 percent in April.

When he and his manager came back to work, Williams found himself working behind the bar for the first time in five years, making drinks for the bar’s new takeout cocktail program. Now they’re bringing in about 40 percent of their pre-pandemic revenue. And he has been able to rehire four of his nine workers.

While he expects that the majority of his PPP loan will be forgiven, he sees it as a low-interest loan that he has a few years to repay.

“I just got a loan at 3.75 percent with two years to pay it back,” he explained. “There was nowhere else I was going to get that kind of money when things reopen.”

When he received the money, “I just acted as if I didn’t know what was going to happen in the future. It was more valuable to make sure that I had money and cash flow.”

His loan was funded under the stricter first round of the program, which required that he use three quarters of the cash for payroll.

Williams opened 67 Orange in December 2008, on the precipice of the last Great Recession. He learned that businesses in neighborhoods like Harlem have less access to loans and outside investment than their counterparts in whiter parts of the city. If the city wants operations like his to survive, he said that it should be offering more grants to Black and Latino-owned businesses.

“As a Black-owned business in Harlem, a neighborhood that has a lower economic position than some areas of the city, I’m prepared that the recession could last longer here than it could be in other parts of the city,” he noted. “So the money I’ve gotten from both of these programs, I have to guard it and ensure it’s going to be used in the right way. If we’re trying to solve this issue and make sure the solution is equitable—the issue being the financial survival of small businesses—we need to recognize that the downturn will last longer for [minority- and women-owned] businesses. There need to be solutions that go beyond PPP and EIDL.”