CO Conference: Female Real Estate Execs on Being the Only Woman in the Room 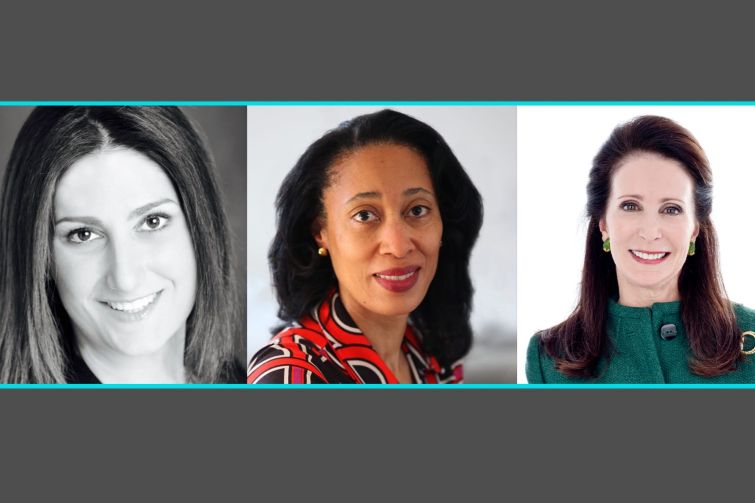 RXR's Whitney Arcaro, Girls Inc's Stephanie Hull, and Cushman & Wakefield's Tara Stacom discussed the challenges of being a woman in commercial real estate and how the industry could improve its mentorship programs for women and women of color. Photo: Commercial Observer

Architect Annabelle Selldorf said that when she first launched her architecture practice more than 30 years ago, only women wanted to come work for her.

“You have to get old for that to change,” she remarked in a fireside chat with Sciame Construction President Joseph Mizzi during Commercial Observer’s Women in Real Estate Forum on Tuesday. Her firm employs equal numbers of men and women now, but four of her six partners are women.

However, she noted that diversity is no longer about simply promoting women into leadership positions.

“In the more than 30 years that I have built the office, diversity was always at the very top of our goals,” said Selldorf. “It started with women…but that’s not enough. We have to have more candid conversations about how we bring true diversity to the office. And I think that’s hard in a field where very little diversity is educated at the schools and universities, and that has to change. The only way it changes is by being sincere about that and bringing everyone along.”

Selldorf, who is currently working on an expansion of the Frick Museum, said that her firm had developed “relationships of trust and empowerment that have created a very unique atmosphere in the office. You have to embrace that people are very different from one another and embrace that people have different perspectives.”

During the subsequent panels, many women expressed how difficult it was being the only woman in the room while negotiating deals, contracts, designs or construction procedures.

“I will join a call and still be one of the only women on the call and in the meeting,” said Laurie Grasso, a partner at law firm Hunton Andrews Kurth and winner of the Excellence in Legal award at the conference. “In the early years it was something that you really had to think about how you were being perceived by others, whether I was being perceived as the decision maker in the room.”

Emily Mottolese, a Managing Director at Skidmore, Owings & Merrill and winner of the forum’s Excellence in Design award, recalled starting at a small architecture firm in Colorado where she was the only woman. “There wasn’t a female partner, there were no female interns, there was one woman who sat at reception. I learned that was typical of the norm in the industry.”

Veteran Cushman & Wakefield retail broker Diana Boutross, who won an award for Excellence in Leasing at the event, said that one brokerage that she’d worked for in the past had made her feel inferior simply because she was female.

“It was an environment where they didn’t take you seriously as a woman,” she argued, even as she developed relationships with national brands. C&W, on the other hand, “is one of the most diverse places I’ve ever worked,” she said. “They’re not of the mind that you have to be Ivy League-educated.”

The other award recipients were Zahara Kassam, a director at Nuveen, for the Breakthrough Award; Colleen Wenke, chief development officer at Taconic Partners, for Excellence in Development and Construction; Abbe Franchot Borok, managing director and head of originations at Amherst Capital Management, for Excellence in Finance; and Melissa Gliatta, the chief operating officer at Thor Equities, for the Lifetime Achievement award.

Tara Stacom, an executive vice chairman at Cushman & Wakefield, remembered the sexism she faced early in her career during the 1980s.

“It took a long time to earn respect in the industry,” said Stacom, speaking to RXR Realty exec Whitney Arcaro during a fireside chat. “I thought it would come when I made it to the achievement conference at Cushman & Wakefield; it’s supposed to be the best of the best. I was earning more than a million dollars a year.”

During an after-hours team drink at the conference, “the top producer looked at me, surrounded by 10 or 12 men, and said, ‘There is no place for women in the industry, you should be barefoot and pregnant in the kitchen.’”

The brokerage has, of course, made strides since then. She noted that 49 percent of all its new hires in 2019 were women, and that 40 percent of the board is composed of women.

Dr. Stephanie Hull, the CEO of Girls Inc., pointed out that commercial real estate firms could do a better job of reaching out to low-income communities and communities of color to attract women of different backgrounds.

“I think if you can think of ways to illuminate your career and the work that you do, think about ways to engage young people, and make it clear to young people how you can get to a job like you have and what are the subjects in school [they should take],” Hull explained. “I don’t think young people are given enough opportunity to see themselves reflected [in successful people]. I think we need to be more transparent.”

On the following panel, moderated by Clune Construction’s Alison Kermode, Holt Construction Operations Director Alexandria Periotti said that when she first started in construction, “I was the only woman in the job site trailer. No one knew what to say to me or what to do. I was asked a lot of stupid questions just to see how much I knew. In the beginning I would get really offended and really angry. I didn’t know how to see past it when I was young.”

She added, “The best advice I can give to anybody is don’t give into that anger. If you’re a young person starting out in the industry, you are going to get questioned. Don’t give it power, just take it and use it for next time.”

Construction attorney Jessica Rothman, who’s a partner at Ingram Yuzek Gainen Carroll & Bertolotti, noted that she struggled with feeling confident when she started out in construction and real estate law.

Meanwhile, AECOM’s Carolyn Caranante said her early years in the industry were positive because she found male mentors who believed in her.

“I’ve always worked very well with men,” said the senior project manager. “Most of my mentors have been strong men who encouraged me to do what I thought was right and take risks that would help me in my career.”

Some women have found success building mentor networks for other women, in an effort to offer the kind of support they didn’t have when they were young.

Christina Rivera, a project executive at Cauldwell Wingate, has helped build a women’s group at her company called Women Promoting Success, which hosts events both in and out of the office. “We’re trying to make people who are new to the industry feel comfortable,” she said.