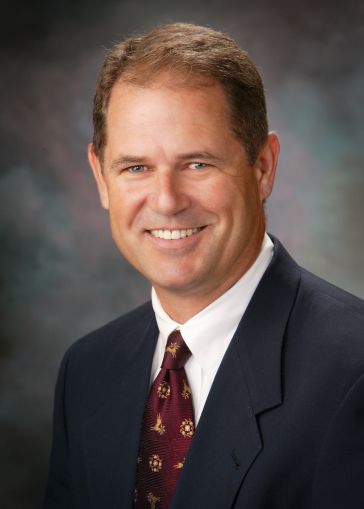 Most states at this point have removed commercial construction-specific pandemic restrictions, but the ripple effects of COVID-19’s impact on the construction lending space still remain to be seen.

During this time of uncertainty, imagine being able to see billions of dollars in construction debt from across the county at work, in real time, and mapped out on your computer screen.

While homebuilder and consumer residential makes up the bulk of Built Technologies’ platform, it still touches several billion dollars worth of commercial construction debt from some of the country’s largest lenders.

Fraser joined Built in February, leaving his three-year-long post as executive vice president of commercial lending at Axos Bank. Prior to Axos, he was at the Banc of California, where he was first introduced to Built’s platform in its earliest stages, eventually adopting the software for use while at the bank.

Commercial Observer spoke with Fraser recently to discuss Built’s platform, how his construction lending clients are weathering the COVID-19 storm and what’s in store for commercial construction going forward.

Commercial Observer: Tell us a bit about Built’s platform.

Jim Fraser: If you’re a bank or a non-bank you’re typically on some sort of accounting core [software] system. Most of the banks are on large institutional platforms like FIS or Jack Henry [Banking]. And then in the middle you have to administer a construction loan through disbursements and draws, and in most cases, but not all, neither the origination system nor the core system can manage line level cost breakdown detail administration. And because there’s a big gap in the finance process, Built was basically designed to play the middleware, I guess is the best way to describe it. It’s a cloud-based services and software application measured on dollars per loan per month and it’s low cost and real-time stuff. But the key about it is, it’s not just lender facing but it includes access for the general contractors, subs and suppliers and it includes access for inspectors, for the consultants who go once a month to evaluate progress and document lien releases and the like. And then it gives an owner or sponsor the access to see what’s going on with the money they’re borrowing to build their building. Today, there’s about, through the system, $50 billion from inception to date. Currently, it’s just under $19 billion of construction finance in the system and about 30,000 construction loans nationwide and in Canada. It’s probably the largest platform of in-progress construction debt from a data standpoint you’ll find.

In what ways have the pandemic-related pauses across the country affected existing loans in your system?

[A 60 to 90 day] pause shouldn’t have a material impact on the loan, except that time alone is not a single metric of impact on a construction loan so the related impacts are coming from market conditions. If you have a hotel under construction and you’re a construction lender, your takeout, your stabilization and your RevPAR driven by travel activity is questionable and you’re having to re-evaluate that loan sometime this quarter or, at the latest, next. There might still be people at the building and they’re putting it together and they may be still on schedule, but the predictability of the stability cash flows [isn’t there]. [In the CARES Act] the Fed provided a lot of tolerance for U.S. banks and lenders to not classify loans as troubled debt restructure for minor modifications or permissions or deferrals or forbearances on certain kinds of defaults during this period. That will help slow the bleed, but the pain is still there. You haven’t cured that hotel; it’s still going to face an unknown future. And eventually the tolerance that the guidelines from the CARES Act provided will run out and banks are going to have to do what banks are going to have to do to mark asset valuation. Then there’s supply chain disruption. The process of delivery of materials and the stacking and clearing of materials at ports across the country has been slowed. Anything like that will have a different kind of effect on the performance of a loan against a maturity date.

How was the banking system positioned to deal with these shortfalls and how have they responded?

It’s positive news when you think about where the banking sector was leading into this. Capital levels for US banks were 25 to 30 percent higher at the beginning of 2020 than they were in 2008, so the ability for the banking system to absorb some shock was much better positioned. How long and deep it goes is to be determined but at least we’re starting at a better basis. The other thing is the implementation of CECL [Current Expected Credit Losses]. The expected cumulative loss of commercial assets now needs to be provided for at the origination of a loan, which is typically a higher loan loss provisioning process. And most US institutions were supposed to have that in place at the end of March. Part of the CARES Act and Fed tolerance was to kick that out a couple years, in case a bank had yet to put that in place by then. However, I think most banks and large institutions — like Bank of America (BoA), Wells Fargo and Goldman Sachs — implemented CECL, took their medicine for it and upped their loan loss provisions significantly for the unknowns across the lending spectrum; I think BoA was up four fold in one quarter from its average. That’s telling you the banks have the capital level, added more provision and implemented the most conservative loan loss provisioning methodology that the system could come up with as part of the lessons learned from 2008. The bad news is that ultimately, a loan that is non performing will be worth less, and at some point, as that tide goes out and as equity gets smart about continued risk, the dominoes will start to fall. The lenders will have to criticize the asset, and when they do that, they’ll have to up their provisions even further and if they do that, they’re eating way at earnings and now they’re in a battle with their regulator, then the sponsor, then there’s a foreclosure and the asset is sitting there in a distressed state. All are bad and impact values in their markets and that is a forward unknown about how quickly the economy can recover and space can be absorbed. That will affect commercial much more than the residential space.

What about instances during the pandemic where some sponsors are taking control of the outlook of their development, quickly repurposing questionable aspects of their projects to some other usage?

[Many of the biggest players] are very adept at using the zoning code and the use mixes — and they’re swift, they move like lightning. In the major markets where there’s the ability to shift usage within the zone is a quick way out. I think if you go into the other secondary and tertiary markets, the density isn’t there in the urban environment to shift and get traction along a blockade in New York. That playbook doesn’t play everywhere, is my thought. We’d see that at Built in the form of change orders coming through the construction loan budget, which we see as part of the workflow that our clients use. The other thing that’s happening is that the floor plan and design of space will shift towards larger spaces. There was the whole micro-unit movement over the last five or six years, where we’re going to slam as many 600-square-foot units together as we can. This is going to reverse and change rental and residential configuration.

And with what seems like the end of the amenity arms race now, how might developers change the way they think about a project, and what’s the general sentiment been like for your clients?

The amenity arms race as it relates to the gym and the pool space and things like that will probably recede a little bit; it’s not as important in terms of attracting tenants. What we see, as it relates to current conditions, of the top 25 U.S. construction lenders, 11 of them are our clients. Of the top 100, I think we have around 40 or 45. It’s a large view. We usually have a C-suite conversation with them once a quarter, and we discuss their posture and go-forward forecast. What’s interesting is I would’ve thought the Texas lenders who are energy based would be much more conservative and some of the other Midwest and even Mid-Atlantic lenders but more ready to lend, and I found it the opposite. There are large construction lenders in the Southeast and Southwest saying they aren’t doing hotels but if there’s a multifamily project, we might’ve cut our loan-to-cost, overall leverage, five to 10 percent, but if they’re a returning customer with a track record, they’re still lending to them. In the Upper MidWest and Mid-Atlantic, they’re saying we don’t care what the property type is, we’re pressing pause and riding it out through the third quarter. That means letters of intent and commitments written in the February and March periods are now funded and on the books but I don’t think in June and July you’ll see many new commitments being issued until we get more clarity about what’s going on in the market overall — unemployment, GDP and how much we can return to normal, just general societal activity.