Andrew Dansker on Launching a New Business During a Global Pandemic 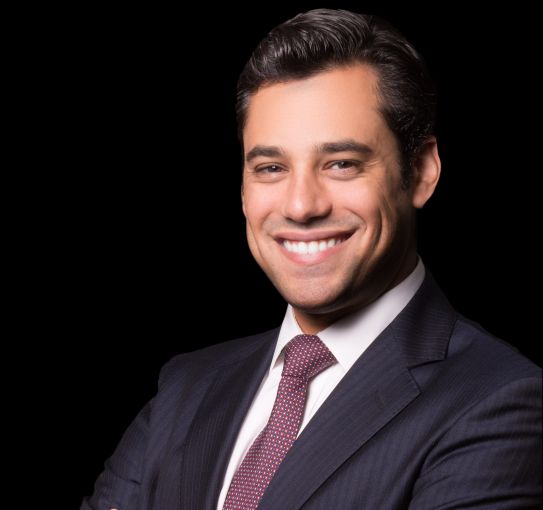 Launching a new business is tough at the best times, but when a global pandemic is underway it’s doubly interesting. Add to that the fact that you’re about to be a father for the first time and you can guarantee 2020 is a year you’ll never forget.

Andrew Dansker launched Dansker Capital Group in January 2020 after seven years at Marcus & Millichap. The new firm is focused on middle-market transactions in New York and beyond, depending on what his clients need. “I’m really focused on ending up with happy clients, so if I see something that I know how to do, I’m going to run with it no matter what it is,” Dansker said.

Commercial Observer caught up with Dansker recently to see how the new firm fared through the thick of the crisis, and what’s keeping him busiest today.

Commercial Observer: Tell us about Dansker Capital Group. You launched the firm in January, pre-pandemic. What was the impetus behind it and the timing of the launch?

Andrew Dansker: I would say the impetus was two-fold. The first piece is that I saw an opportunity to better serve my clients. I think that at the end of the day, a mortgage broker is selling information and leverage, both of which really benefit from scale. And historically, the sales brokerages that have tried to grow a large scale, middle-market debt business at a local level have struggled. The strongest local debt brokers have always been the independent shops in the middle market. As my business has grown and the needs of my clients have become more sophisticated, I felt that I had no choice but to find a path to be able to scale up the business to better serve them. Beyond that, the second reason is I just felt there was an opportunity to grow the business. A lot of my business has been built on serving sales brokers and helping them help their clients — either in the form of helping buyers make sure that they close on time and as promised, or helping sellers of properties do 1031 exchanges and complete those transactions. And ultimately, there are a lot more brokers to interface with to do that work outside of any one sale shop than there is inside any one sale shop. So those two opportunities were really what drove the decision.

January 2020 was not an ideal time to launch a transactional real estate business in New York and I would be lying to you if I said that we’re going to hit all of our revenue projections. But I also think that there’s a meaningful silver lining to starting a new endeavor at a time when transaction volume is very low. We’ve really had an opportunity to focus on sort of the mundane, but vital parts of our business that no one would ever devote their full attention to when they have a normal deal flow in front of them.

What sort of things?

In the back end, so pieces that you wouldn’t really see. I’ve done a lot of work on our data collection efforts and our ability to manage our own deal flow internally in an organized way. That is probably less visible but more visible elements are that I launched a podcast earlier this month. It’s called ‘Real Talk with Andrew Dansker’ and it focuses on one-on-one interviews with real estate players from all angles of the business. Later this month I’m launching a seminar series in partnership with Fordham Real Estate Institute, and that will be a continuation of an expansion of the seminar series that my groups have been putting on for a few years. So, there have been very tangible outcomes of an internal process of reevaluating how we interface with our clients and how we get ourselves out there, and I think that those have been productive things which certainly would not have been moved along as quickly had I been drowning in deal issues.

How have the past few months been from a business perspective?

I would say April was the quietest part of this crisis so far. There was a really meaningful constriction of available capital. And a lot of people, understandably, were in a ‘wait and see’ pattern that has now definitely started to open up. May was the first inklings of that activity, and June has continued to open up. Retail deals are receiving an understandably much higher level of scrutiny in New York. I haven’t been asked to do any hotel work recently, but I imagine that’s going to be very challenging until occupancy rebounds. But overall, I would say underwriting is more conservative, interest reserves —whether static or otherwise — have become completely normal across the board for almost all deals.

In terms of pricing, have you seen that change?

It’s an interesting question, because pricing at the very start of the crisis plummeted as interest rates fell. That led to a very short window of a high volume of originations which overwhelmed the appetite of lenders very quickly. Interest rates then shot up as a response to that to slow down, some of them by 100 basis points or more. Since then, I would say things have moderated quite a bit and pricing for normal assets in New York City has moved back into say three-and-a-quarter to four-and-a-quarter range with an average around three-and-a-half.

Are you seeing a bigger focus be placed on the sponsor and their track record, in terms of whether a deal gets done or not today?

There’s definitely a focus on the sponsor. During the heart of the crisis, that was the biggest focus, although even a strong sponsor was not a guarantee of getting a deal done. Today, I would say cash flow is really important and collections are really important. I historically never received a lot of inquiries about what the collections level was. I’d never been asked before are the retail locations. If the tenants aren’t paying, even if it’s because of what’s going on, that’s going to create a problem getting financing no matter who the borrower is.

Is there such a thing as a typical transaction for you today?

I would say that everything I do is in the middle market, and a lot of it is in New York City. However, beyond that, it’s hard to pin down a typical transaction, I’m really focused on ending up with happy clients so if I see something that I know how to do, I’m going to run with it no matter what it is. Yesterday I had a client execute a term sheet on a $500,000 loan for a triple-net-lease Burger King. And right before speaking with you, I got off a call about a $40 million refinance of a new construction apartment building.And I give them all my full attention, because my feeling is that if the client walks away happy from the deal that will lead to the next client, and that’s the most important thing. I don’t mind working on a wide spectrum.

What is the biggest lesson that this crisis has taught us about our industry?

Our industry is always changing. And real estate feels very permanent because of its physical presence. But it’s as changing as any other marketplace. And staying on top of that, and being in front of that is as important for us as it is for any other business. I think this crisis will force us to reevaluate everything going forward. [Previously] you would have said that experiential retail is a cornerstone of retail going forward, because it doesn’t compete with e-commerce. Now, 90 days later, experiential retail is in distress and anyone who relied on foot traffic use is suffering.That’s a 180-degree turn.

What is your general take on New York’s recovery? Do you think that people are going to be very cautious in terms of doing deals because they don’t know what the rest of this year will look like?

I think that New York will have to go through a healing process on a lot of levels. Not just economically but also interpersonally. New York has really been at the center of both of the crises gripping our nation; health and race relations. I think that it will be a long process to sort out those issues and address them. But ultimately, New York is an incredible magnet and the city as an economic entity will rebound.

Any thoughts on how we can encourage diversity in our industry?

I think that change happens on an individual level and is often based around each individual’s decisions about how to be more inclusive. So, who to reach out to and how to diversify their choices in hiring and in selecting vendors. I think if we as individuals in the industry are all committed to doing that, then there will be a positive result on a larger-scale level.

How are you looking at the rest of this year? What plans do you have for the business in the near or long term?

We had a nice pace of business prior to this, running at one to two closings a week for a few years. And I would really like to return to that level, because that feels like a foundation upon which we can grow. But I would certainly say that my intention is to grow the business. I think that there’s a lot of talented people in New York City who would add value to the team. And the bigger we are, I think, the better we serve our clients. So, I’m going to continue to work towards that goal. I don’t know if it will be this year or will be next year. We have a lot of questions to answer before we can make plans. I’ve been told that learning to go with the flow is going to be important for when my first child arrives in about 60 days. So, I’m trying to practice that now.

How are you feeling about being a father?

I feel great! I feel really excited and really fortunate. Clearly, it’s a complicated time to be bringing a new person into the world, but I also think it’s a great time to be starting fresh and teaching somebody from the very start, how to be a good person in the world, which I’m excited about.

Are you going to take some time off?

Well, that’s the thing about it the new normal, it feels a little bit blurry. And what does it mean to take time off today? Because my office is also the place where I eat lunch and take time off [laughs]. So, I think that in part because the lines are so blurry, I probably won’t take any time off. I will just be working in the middle of the night between feedings.