American Foundation for Suicide Prevention Gets a New Office Downtown 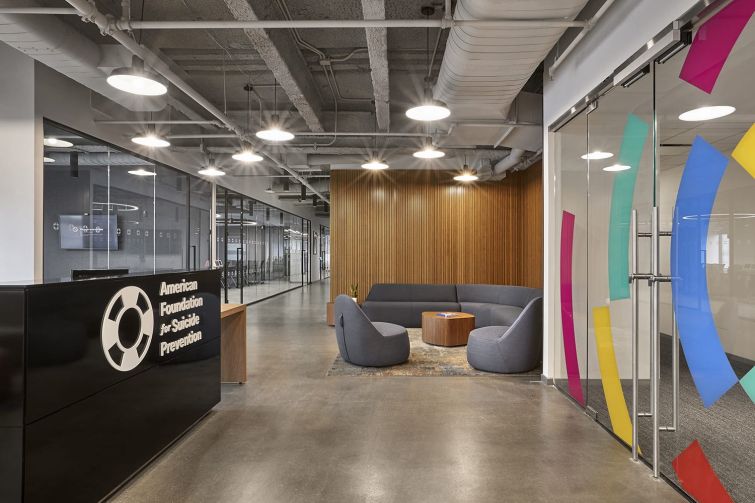 American Foundation for Suicide Prevention teamed up with MKDA to design a modern but thoughtful space at 199 Water Street. Photo: Garrett Rowland 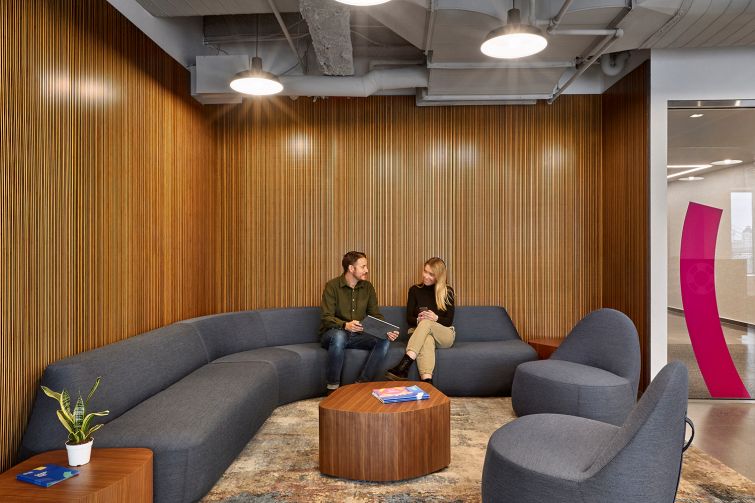 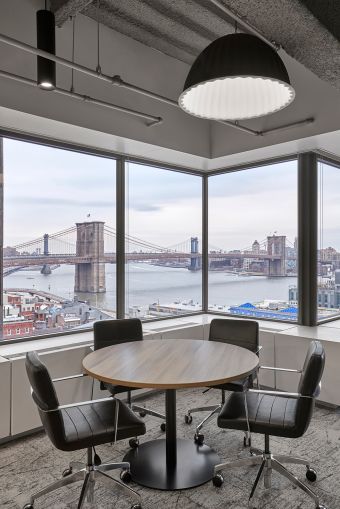 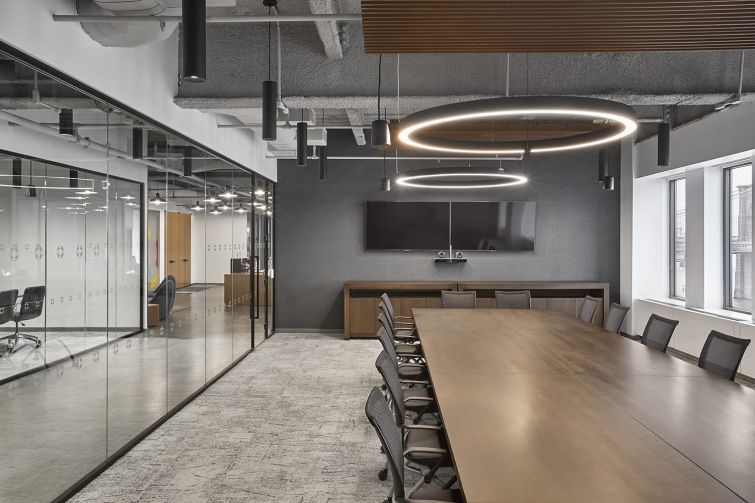 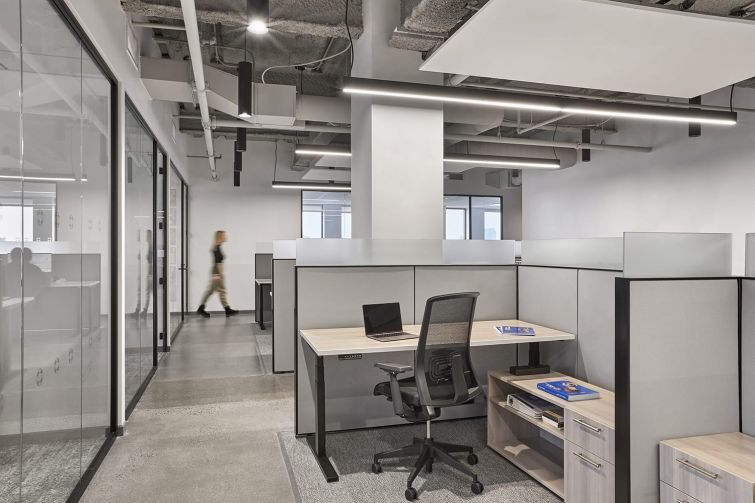 The 48 workstations have short walls to ensure employees have privacy. Photo: Garrett Rowland 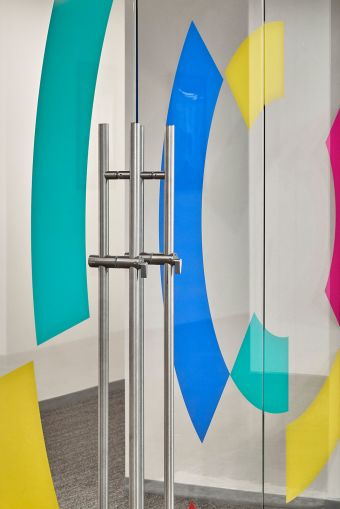 The organization's logo has been added to the front doors of the new office. Photo: Garrett Rowland
Previous Next

When the American Foundation for Suicide Prevention decided to relocate its offices in the Financial District, it wanted to create a new, modern space that would offer its employees the privacy they need to handle sensitive and difficult work.

Two years ago, the mental health organization decided to leave its outdated offices at 120 Wall Street for a new 25,000-square-foot spot on the 11th floor of One Seaport Plaza, also known as 199 Water Street. Construction on the new space started in August of 2018 and wrapped in September of 2019.

The foundation operates a national suicide hotline and support groups for those who have lost loved ones to suicide, and it organizes walks to raise awareness and funding for its programs.

The new 11th floor office has two dedicated phone rooms for employees managing calls with people in crisis, in addition to smaller meeting rooms that could serve a similar purpose. Much of the office design is muted and simple, and that was intentional, said Daniel DeSiena, the director of design in MKDA’s New York office.

“It’s a classic modern industrial space, very architectural, very clean lines,” the architect explained. “It captures the loft feel but not in any sort of over glamorized way.”

He noted that he chose a “soft gray palette because of the thinking kind of work the foundation has to do. This isn’t a financial firm, a flashy kind of firm. It’s a serious work environment.”

Industrial touches include polished concrete floors, simple, black suspended light fixtures, and rough-hewn wooden high-top tables in the cafe and an open meeting area. Wood was used to inject warmth into the space, particularly in a large open lounge near the reception with wooden wall panelling and gray couches, and in a large boardroom that has dark wood tables and overhead suspended wood panels to help absorb sound.