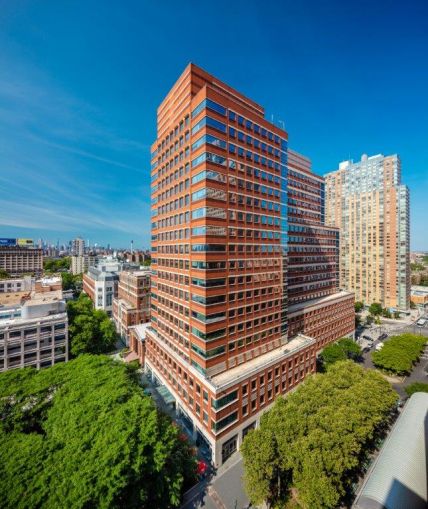 Slate, the daily news and culture website, has finally inked a direct lease for its Downtown Brooklyn office after four years of renting it on a sublease, Commercial Observer has learned.

The general interest publication originally signed a five-year sublease for 21,000 square feet at 15 MetroTech Center in 2016, as CO reported at the time. The sublandlord for its eighth-floor space was obstacle course competition host Tough Mudder. Its publisher, The Slate Group, had decided to move the media company from Tribeca to Brooklyn as many of its employees had decamped to the outer boroughs from Manhattan.

Now Slate has transitioned to a seven-year, 23,000-square-foot lease with landlord Brookfield Properties, according to information from Brookfield. The space includes four podcasting studios and a video studio. A Brookfield spokesman declined to provide asking rents.

The Toronto-based real estate investment firm took over MetroTech Center in 2018 when it acquired the office complex’s original developer, Forest City Realty, for $11.4 billion. As part of its repositioning of the 1980s commercial project, Brookfield recently debuted a new ice skating rink and year-round events programming at the five-million-square-foot development between Flatbush Avenue and Jay Street.