Silverstein: NYC Will ‘Get Through This’ on CO Panel With Tighe, Burger, Brancato 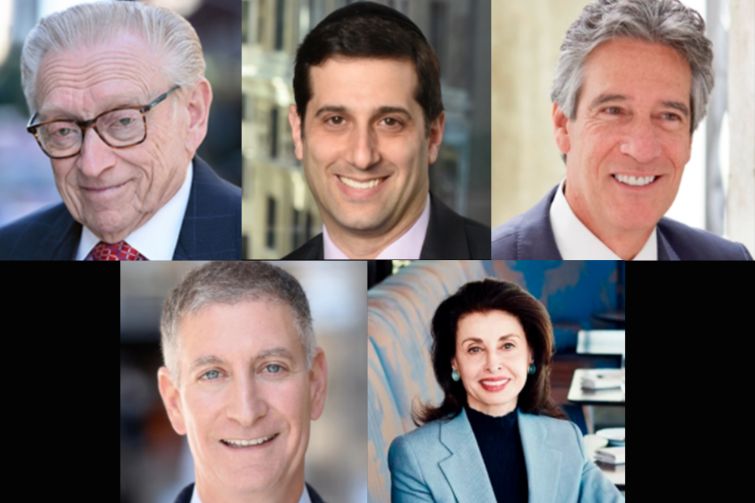 To watch the full replay of this event on-demand, click here.

Larry Silverstein believes New York City and its office market will survive the coronavirus pandemic and come back better than ever. The sentiment comes as no surprise from the man who rebuilt the World Trade Center after the Sept. 11, 2001, attacks, when everyone told him that no one would want to lease office space on the site where thousands had died.

“The idea that New York will no longer be needed as the center of commerce and activity is specious,” Silverstein said during Commercial Observer’s Tenant Talks webinar on Tuesday. “We’re going to get through this thing and we’re going to be a hell of a lot better and stronger for it.”

Some observers have compared the coronavirus pandemic, which has resulted in 15,101 deaths in the five boroughs over the past two months, to Sept. 11. The terrorist attacks killed 2,900 New Yorkers and devastated the downtown office and residential market. Now, COVID-19 may have an even more dramatic effect on New York City office leasing, as employers and workers stay away from crowded indoor spaces for the foreseeable future.

The Silverstein Properties chairman recalled that after 9/11, “the degree of negativity that floated down around us was palpable and I felt an enormous need to counter it. One of the ways I countered it was to go right into construction on 7 World Trade Center. And as that building rose people kept telling me it would never be financed, never be tenanted. Then we got it leased and financed and it became an enormous financial success and an architectural success.”

He added “there are always a million naysayers around, there are always those who will tell you, ‘You’ll never recover from this, the city will never be the same. Our lives are forever changed.’ And happily, it’s not the case. I don’t think New York will change that extraordinarily.”

Silverstein also compared New Yorkers’ solidarity with first responders after 9/11 to the people cheering around the city every evening at 7 p.m. for health care workers.

The 88-year-old developer believes newer properties like the World Trade Center complex, which offers tenants more purified air than most older buildings, will continue to draw companies looking for more clean, healthful space operated by responsible landlords. Silverstein said he’s looking at new cleaning protocols, ways to enforce social distancing in small areas like elevators, and temperature readers at the building entrances. Two World Trade Center will soon be a reality, and it will embody the forefront of virus-resistant and touchless tech, he said.

He also insisted that “the degree to which people want to come back to work is very real. They want to get out of their homes and back to the office and be functional again.”

The Tenant Talks continued with a second panel, moderated by Berdon LLP’s Meyer Mintz. Silverstein CEO Marty Burger said that the return to work in Asian cities has shown that New Yorkers will be willing to get back on public transit and in elevators over time.

Burger noted that destination dispatch will ensure people can enter the elevators in Silverstein’s buildings without touching anything, and for elevators without the dispatch technology, the buttons will be cleaned once an hour.

Gensler co-chairman Joseph Brancato explained that his firm’s offices in China are “100 percent back to work. There is thermal testing multiple times before they even get to the office, and one of those times is when they get on mass transit.”

And while many of his clients are working well from home, Brancato said that creative firms miss the spontaneity of working in an office.

All the panelists, which included CBRE Tri-State CEO Mary Ann Tighe, agreed that the hunger to return to work was overwhelming, and the attractiveness of working in Manhattan would not lose its cachet.

“You don’t [move] to New York City to work in your apartment,” Tighe quipped.

On the question of whether companies will take more space in order to social distance their employees, Tighe said many tenants are grappling with how many of their employees will be working remotely in the future.

“The first discussion really is, how are we going to use space and are all the people who are currently working [return to] offices or will they be working remotely on a permanent basis? And that’s the central question that engages everyone of our clients right now. The answer is different for different people. We’re listening to tenants for whom presence in a suburban market is an option and those that aren’t. An accounting firm that we work with said, ‘Let’s look at a Connecticut outpost for people who don’t want to come into the city.’ And a law firm said, ‘It’s binary, either you’re at home or you’re working in the office.’”