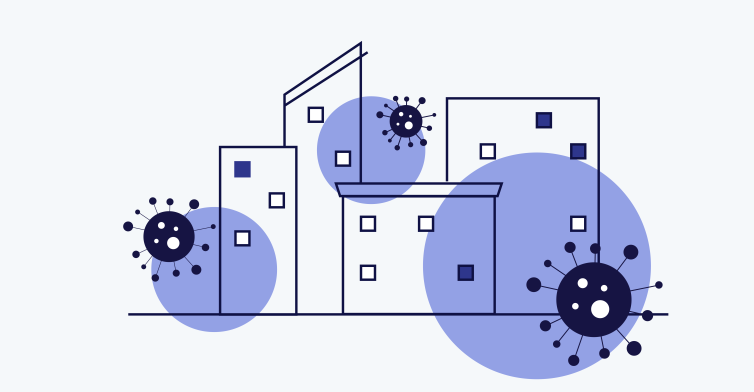 Savage began by noting that January was marked by “strong job growth, accelerated wage growth, and a stock market at near highs.” Now, four short months later, COVID has “changed the macroeconomic landscape remarkably,” with over 30 million people filing for unemployment; the 10-year U.S. Treasury falling by about 120 basis points and now hovering around 70, its lowest level ever; and market volatility measures falling to levels not seen since the global financial crisis of 2008. The Federal Reserve’s response, a lowering of its target federal funds rate to nearly zero, had little effect.

“The Fed recognized that it needed to revert to its older function as the lender of last resort,” Savage said. “As a result, the Federal Reserve’s balance sheets rose by about 60 percent, and it stands at over $6.5 trillion today as the Fed buys the types of debt that it would not have bought even during the global financial crisis.”

This, combined with the federal government’s $3 trillion stimulus, constitutes “a reflection of a tremendous increase in true uncertainty,” and a confirmation that we’re mired in “a liquidity trap, a world in which the traditional economics of monetary policy through the use of interest rates has very little impact.”

“What we’ve yet to see is solvency becoming a bigger question,” added Eltorai. “Before the crisis, many businesses thought they were safe with contingency plans and rainy day funds that could be measured in weeks or even a month. Those have quickly proven insufficient. One of the bigger questions, however, concerns solvency. Many firms will have to decide if they are going to stay in business, and many will not be able to. Those that do will have to decide how they’ll adjust their business and their operating models post-COVID.”

He then addressed the current recession from a historical perspective, noting that a recently-issued Reonomy report looked back 50 years at the last seven recessions, and examined their effects on commercial property markets.

“During the last recession, dollar volume generally fell by just over 16 percent,” he said. “Pricing fell by close to 12 percent, and the number of deals being done fell by five percent.”

As for when recovery might begin, Eltorai notes that past recessions indicate the importance of the recession’s impact on lenders.

But Savage emphasized an optimistic fundamental, which is that in the long term, “the demand for the physical asset is rising because of larger global macroeconomic changes.”

“You don’t want to allow a near-term perspective to drive longer-term decision making,” he said. “In the short term, things like hospitality will take a hit, but it will probably recover more rapidly as we develop treatments and a vaccine and adapt to the new normal. Longer term, people should think about the technological changes that were occurring before COVID-19, and the role this virus will play in accelerating those trends. There is value to coworking. E-commerce and its positive impact on industrial aren’t going away. What we consume is not changing, and the rate of growth is pretty constant. It is how we consume it that matters, because retail was never anything more than a distribution mechanism.”

Savage believes that while retail will take a hit, it is merely a furtherance of the pre-existing turn away from bricks and mortar.

“Office used to be insulated against economic downturns, in part because leases were structured long-term,” he said. “But before COVID emerged, we had a disruption in the office space – co-working. This has the potential to impact that space because in a very strange way, because of COVID, we’ve expanded the stock of office space we have through social distancing. My office is my apartment, my apartment is my office.”

As we wait for society to re-open and re-energize, Sarkis believes that brokers and other deal-makers should take this down time to build out their potential deal pipeline.

“A lot of people have a lot of time on their hands right now,” he said. “They have the time to do research and find opportunities that are likely to be germane and valuable when the tide does turn.”

To that end, he emphasizes that now is a great time to reconnect with clients – if you do it the right way.

“This is about being viewed as a trusted advisor and partner,” he said. “It’s not picking up the phone and saying, ‘do you have a deal for me? Is there some sort of transaction we can do?’ That’s almost worse than not doing anything. This is about just reconnecting with folks. It might be a 15-minute conversation. Fourteen of those minutes are about catching up: ‘How are things? How’s your family?’ And then for one minute, being a professional: ‘Here’s some interesting data point I saw, just wanted to leave it with you. Why don’t we reconnect next month?’ Being that advisor, that partner, can pay huge dividends when folks decide to transact.”

To view the full on demand webinar, click here.