McRoberts chatted with CO in late April to discuss PGIM’s outlook for the multifamily sector and what lies ahead for the asset class. 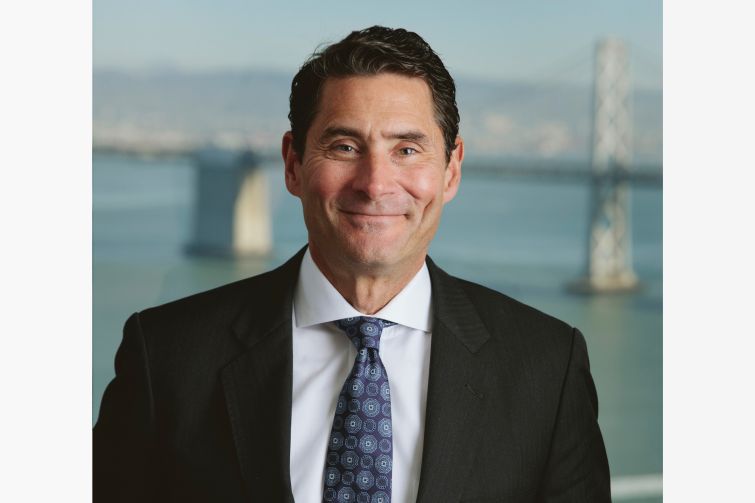 Agency lending has been going strong during the COVID-19 pandemic in comparison to other commercial mortgage markets as government-sponsored entities such as Fannie Mae and Freddie Mac have been fulfilling their purpose of providing stability to U.S. housing markets.

PGIM Real Estate’s Mike McRoberts is chairman of the firm’s agency lending platform, which was responsible for $6.3 billion of the company’s record $11 billion in multifamily debt transactions in 2019.

McRoberts chatted with Commercial Observer in late April to discuss PGIM’s outlook for the multifamily sector and what lies ahead for his group and for the asset class.

Mike McRoberts: We had a housing shortage going into COVID-19 and that hasn’t been addressed, of course. People need to live somewhere, but the real issue has been people’s ability to pay rents and then what kind of cash flow disruptions are going to be caused at the asset level and what does that mean for the owner’s ability to make mortgage payments. Those questions and those dynamics are out there all the while there’s this dynamic in the capital markets where there is just dramatic volatility. The federal government has come in and is now buying agency CMBS, which has really settled the markets down for agency debt, and it really compressed the spreads to the point where there are very attractive interest rates today for Fannie, Freddie and FHA loans. When you have this kind of volatility, many of the other traditional lending sources for multifamily either push the pause button or go to the sidelines or because of their funding mechanisms, they find it very difficult. So at a minimum you have people hesitate but at an extreme level you have some market participants pulling out completely. So, then you have [the agencies] who are designed and built for these kinds of volatile times — when other capital exits, they play. Our pipeline on the Freddie, Fannie and FHA side is as fluid as it has been. Recent volatility in their pricing — some severe widening short term — when all this [began to unfold] in the middle to the end of March and the first week of April, but since then we’ve seen rapid spread compression and attractive interest rates and very solid loan structures. With this kind of uncertainty there has been some credit adjustments [by the GSE’s] like debt service reserves — which have been deployed by all three — loan-to-value and debt service coverage ratios have gotten tighter and cash swap situations that they view with a little more scrutiny, and then some of the markets around the country particularly impacted by COVID-19 more than others, we’re certainly seeing some concerns around the underwriting. Other than some marginal changes and adjustments to credit terms and underwriting, [the GSE’s] are still very active in the market.

How are borrowers responding to everything and how has the complexion of the multifamily space changed during this?

In terms of borrower engagements, they’re distracted by a few things. They’re focused on operations and concerned about how they are going to make sure their properties stay occupied and that their tenants can pay rent and they can keep their property safe; that’s the primary concern. They’re also looking at their capital structures and if they have debt maturities coming up or if they’re recapitalizing with a different equity partner or for whatever reason they have a need to pull some cash out or they are looking for a low interest-rate refinancing. Many borrowers out there are looking to lock in long-term debt. The demand for debt is driven by a number of different things going on out there. One is typically acquisitions, but that market has slowed down dramatically and any transactions occurring today are taking longer. There’s a broadening bid-ask spread gap today and then there are all the issues with due diligence needed to acquire a property. We’ve seen it on the financing side, getting our engineers and our own people out there to inspect properties. We’re fortunate the agencies have allowed some flexibility around that so we’re not required to inspect all the units we typically are, [for example]. We have alternative means we’re using in terms of employing third-party inspectors or doing virtual tours and then following up with due diligence later and adjusting the credit characteristics of the transaction to measure for potential risk.

What are some areas in which PGIM has had to adjust to the new normal to keep its processes as efficient as possible?

We have not missed a deadline date yet. We’ve been really concerned about that. And managing the property inspections has probably been the biggest orchestrated event that has been problematic due to shelter-in-place rules round the country and just abiding by the laws and working within that. I call my chief underwriter the head of Air Traffic Control because we’re trying to make sure everybody gets everything done in the right time frame and then navigating all the laws, getting people out to sites and doing it the right way. Secondly, one of the biggest concerns coming into this [when it comes to due diligence] is recording loan documents in the local jurisdictions recording offices. There are 188 recording offices across the country that are not electronic — hundreds more are electronic — but [you have all these that aren’t electronic] and a lot that are but just because you’re electronic doesn’t mean you can record without an individual having to do something in the process. If an office is closed and you need someone to stamp a document and they’re not there, you have a problem, especially in an agency execution, where you have to deliver recorded documents to the agency in order for them to purchase the loan. That becomes a real issue. But what we found is getting creative, looking to gap insurance to cover us for the time period until we get the recordation done, and then the amount of recordation office closures we thought would happen without a backup plan was way less than what the industry had feared.

How might COVID-19 change the complexion of multifamily, given that lease renewals are way up now and people might become a bit more averse to living in more dense spaces or to the idea of moving?

It’s so early to tell. It would be total speculation to talk about the long-term. But in the short term, you’re exactly right, renewals are way up at the asset level and people don’t want to venture out, just thinking about all of the personal, human interaction you go through when going through a move. And — believe it or not — leasing, virtually, has been way up compared to what it was. It’s not [producing] the level of new leases up to what you would expect in an April timeframe, which is probably the most active month in a calendar year for new leases, but it’s still happening. I watched a friend of my daughter lease an apartment completely virtually, tour different properties virtually, engage and negotiate a lease all the way through signing the lease without ever stepping foot in the property. I watched that happen in my kitchen. So that’s encouraging. And then those long-term employment drivers [in certain areas like Orlando or Las Vegas, with its entertainment drivers] that will come back; there’s just a question of how quickly they will come back and how strongly, ultimately, they come back, and does this really fundamentally change the way people entertain themselves? Most local economies in the country have some level of diversification, [more so] than we’ve seen in the past. Houston, [for example], was dominated by the energy sector but has a huge and thriving medical community, which has a very strong influence on job creation and has diversified the economy such that when you have oil drop by $70 a barrel, it doesn’t [wreck] the economy; there are other things they can drop back on, even with distress in the short term. But, does this provide an impetus for further diversification and help some local economies get to a better spot in the future?

Do you think interest might grow for suburban, garden-style-type communities that are more spread out and open, bucking the trend that’s developed over the last decade in focusing on buildings in more dense areas that are surrounded by demand drivers, the transit-oriented focus?

[Yeah, it goes back to]: does this fundamentally change people’s desires around their living environment? We put a lot onto transit-oriented developments over the last decade, so does this change interest and the valuations there longer-term on those assets? Do they take a hit? Moving to the suburbs seems more appealing today, so if that’s something that’s secular, and it sticks for a longer period of time, than that new development that was built with the expectation of [rent] increases over a long period then declines, that could be impactful for asset valuations.

How is PGIM gauging the feasibility of new multifamily construction opportunities in the current climate?

We do not do a lot of construction lending; that’s mostly the banks and certainly FHA, the 221(d)(4) program. But we have seen a dramatic increase in demand, and our pipeline is up dramatically, given the fact that some of the other lenders have pulled out. On construction financing for new deals today, the FHA would probably be the primary source that’s actively in the market and transacting. But as far as what I’m hearing from the owners we work with on new construction projects that are already in the ground, financing is not so much an issue as just “how do I get my deal done and up and leased.” We’ve certainly seen a little bit of slowing on the leasing side, just because it’s been difficult to do that. But for [construction materials and supplies], the supply chains that everybody talked about that were so severely disrupted coming out of Asia that supplies a lot of materials for apartment construction weren’t really that big an issue. I’m hearing from our clients that the materials are getting delivered; they just need people on site who can deal with the materials and complete the construction, because they are sheltering at home or were not permitted to come to work or they have issues where they’re unable to get to work. So, materials have been sitting on properties, and there are certainly some extensions of expectations of when properties will deliver. And when you couple that with leasing challenges in this environment as well it just puts pressure on the transaction and pushes it out further, which, unfortunately, for owners out there, time is money. You start to burn up interest reserves and you start to possibly miss a window and things just cost more the longer it goes.

What’s top of mind right now for you in looking ahead into the late summer and what might unfold?

When I think about it, I feel more confident, especially with April collections coming in at 90 to 95 percent for all of our borrowers [and for the broader market, higher than what was expected]; the concern is more May, June and July. But I would say that as rent collections come in, how quickly will we get to this sense of normalcy where people feel more confident in what they’re doing and in going back to work. That’s definitely my biggest concern and I know it’s the owner’s concern; how quickly do people come back and get cash flow going and [regain the] ability to pay rent to get back on a normal cycle? It’s just about how quickly we can get back to some normalcy.