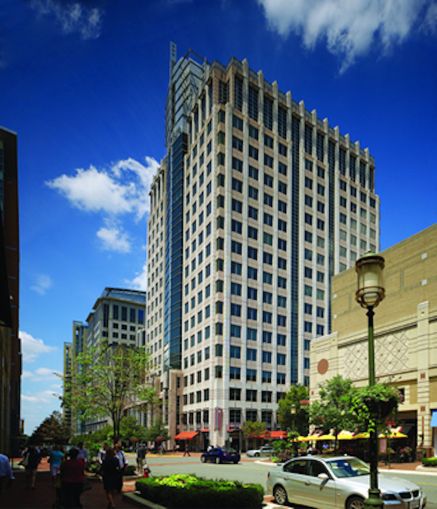 “Virginia, like the rest of the nation, is facing unprecedented job loss due to COVID-19, so this announcement couldn’t come at a better time,” Northam said. “Virginia is a leader in the information technology industry, and Microsoft’s continued investment here is a testament to our top-ranked business climate, infrastructure, and world-class workforce.”

Located at 11955 Freedom Drive in Reston Town Center, the tech company is expanding from its current nearby location at 12012 Sunset Hills Road. The move will create roughly 1,500 new jobs, according to the company.

Microsoft is scheduled to move into its new space in the summer of 2021. It will still keep approximately 153,000 square feet at the Sunset Hills property, a place it has occupied for 18 years.

According to Northam, Microsoft will invest $64 million to establish a new software development and regional research-and-development hub at the location.

The building is one half of a two-building complex that Boston Properties originally developed in 2001. The space had previously been home to Leidos Holdings Inc., a defense, aviation, information technology, and biomedical research company. Leidos inked a deal to consolidate its headquarters from One and Two Freedom Drive into 17Fifty, a 17-story trophy building in Reston that Boston Properties developed specifically for them.