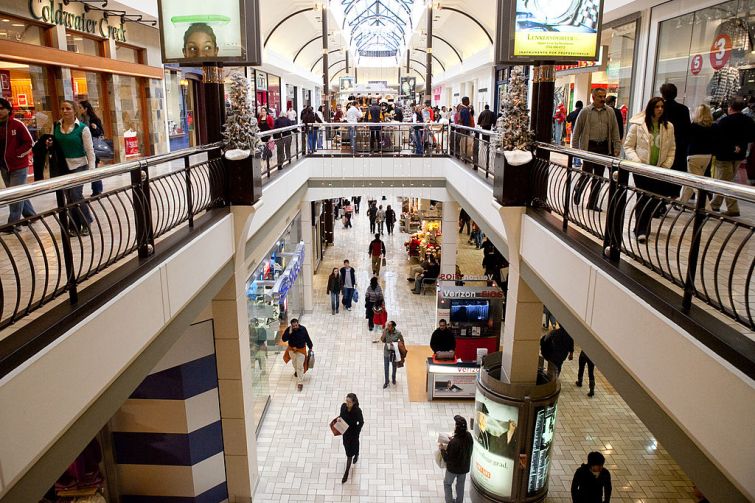 Macerich — one of the largest owners of shopping centers in the country — reopened 20 of its 47 retail properties after temporarily shuttering them in March due to the coronavirus pandemic.

The California-based real estate investment trust announced today that it fully reopened shopping centers in Colorado, Indiana, Iowa, Missouri, Oregon, Texas, Virginia and 11 in Arizona with plans to bring back another 35 malls by the end of this month.

These include the Tysons Corner Center in Virginia, South Plains Mall in Texas and Paradise Valley Mall in Arizona.

Macerich said in a release that the reopened malls have “enhanced sanitation practices and social distancing protocols in place.”

“These successful openings show that our town centers are a vital part of their communities,” Thomas O’Hern, the CEO of Macerich, said in a statement. “Local economies depend on us and our retailers are eager and ready to open for business in a safe, carefully planned, well-executed manner.”

Emergency restrictions to slow the spread of the coronavirus forced malls and retailers around the country to temporarily close since March, which decimated sales and led to an uptick in unpaid rent.

Retail sales in the United States plummeted a record 16.4 percent between April and March, with clothing stores being hit the hardest with a nearly 79 percent drop, according to the United States Census Bureau. Retailers J. Crew, Neiman Marcus and JCPenney have already filed for bankruptcy and several others are reportedly close to doing the same.

Macerich — which makes most of its money through lease payments — collected about 26 percent of rent from tenants in May, The Real Deal reported.

Many states across the country have begun to ease the strict coronavirus stay-at-home orders with retailers starting to reopen. Simon Property Group, the country’s largest mall owner, so far opened 77 of its nearly 200 properties, Barron’s reported.

However, many states that lifted restrictions have seen an increase in confirmed coronavirus cases, CNBC reported. The death toll from the disease surpassed 90,000 people this week, CNN reported.