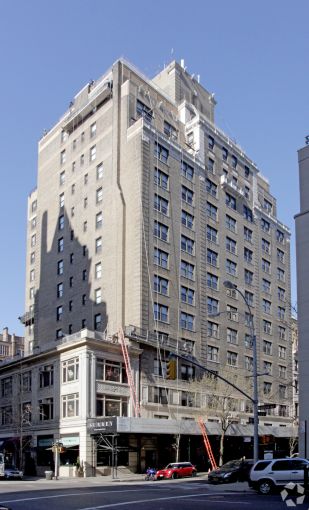 An entity tied to Ashkenazy Acquisition Corporation filed a motion to force The Surrey Hotel in Manhattan into bankruptcy to try and save its nearly $45 million loan on the property, according to filings with the U.S. Bankruptcy Court for the Southern District of New York.

The parties are tangling over a dispute stemming from a potential ground lease termination at the hotel, located at 20 East 76th Street in the Upper East Side. The 190-room hotel is owned by Denihan Hospitality Group and the ground lease is held by Surrey Realty Associates LLC, an entity whose owners could not be gleaned.

The involuntary Chapter 11 petition, made on April 26, came after Denihan missed its April ground lease payment to Surrey Realty Associates. April’s missed payment put the hotel into default and led the ground lessor to now attempt to “wrongfully terminate the [ground lease] in the midst of the COVID-19 crisis,” according to court documents.

Ashkenazy also accused Denihan, which has the leasehold on the property, of “working with the ground lessor” to terminate the ground lease which “would wipe out its debt and claims of other legitimate credits,” according to the filings.

The filing marks an unusual twist for bankruptcy proceedings, where it’s usually the troubled property itself that files for bankruptcy to stave off a lender foreclosure. Ashkenazy said it took to bankruptcy court because it’s “the only available forum for relief at this time as the New York State courts are closed to commercial disputes” during the coronavirus pandemic, according to the filing. It’s seeking to put a stay, or a halting of the legal process, behind Surrey Realty’s ground lease termination action.

“The ground lessor’s malevolent actions in seeking to terminate the [The Surrey’s] ground lease violate the intent, letter and spirit of multiple executive orders issued by the governor and mayor,” Goldberg Weprin Finkel Goldstein’s Kevin Nash, the lawyer for Ashkenazy, wrote in the filing. “Ground lessor seeks to take advantage of a worldwide crisis as a means to take back the valuable ground lease.”

The hotel filed to lay off its workers on March 24 as it temporarily closed due to the coronavirus pandemic, according to a state filing.

Ashkenazy claimed that “the ground lease will require restructuring in bankruptcy over an extended period of time, as hotel operations will likely be slow to rebound” after the COVID-19 restrictions are lifted in New York.

“We are aware that an Involuntary Chapter 11 petition has been filed by Surrey NY LLC against 20 East 76th Street Co. LLC, which has the leasehold on The Surrey Hotel,” a spokeswoman for The Surrey said in a statement. “At this time, we are conferring with legal counsel to determine the best course of action.”

Nash and spokespeople for Ashkenazy and Denihan did not immediately respond to a request for comment. The ground lessor could not be reached for comment.

The roughly $45 million mortgage was originated by Canadian Imperial Bank of Commerce (CIBC) in 2014 with the ground lease as collateral. Ashkenazy took over the loan in 2018, with the loan entering into maturity default early that year.

Denihan still owes about $60 million — after interest and fees on the $45 million principal — to Ashkenazy on the loan.

Ashkenazy filed its petition late last month under the entity Surrey NY LLC, with its address listed as 150 East 58th Street — where Ashkenazy’s headquarters is — and Ashkenazy’s Andrew Wexler signed the filing.

Adam Stein-Sapir, a co-managing partner of Pioneer Funding Group which specializes in analyzing and investing in bankruptcy cases and is not involved in the case, said involuntary bankruptcies are rare occurrences on its own and usually filed by several parties, not just one.

“This is extremely unusual,” Stein-Sapir said. “This is anything but a regular bankruptcy.”

The coronavirus pandemic decimated the travel industry and left many hotels with declining revenues, empty rooms and forced to lay off staff.

Hotel revenues fell nationwide by more than 80 percent in the last few weeks and thousands of operators filed for CMBS debt relief requests to master services since mid-May, as Commercial Observer previously reported.

One reason Surrey may not have filed for bankruptcy itself is that the coronavirus helped make the value of the hotel less than its loan so it makes more sense to lose the ground lease and back out of the deal, Stein-Saper said.

“Why are we going to spend money or bother with this?” Stein-Sapir said. “Let’s just walk away.”

The latest filing isn’t the first time Ashkenazy and Denihan have squabbled in court over the Surrey Hotel. In 2014, a different entity tied to Ashkenazy’s Ben Ashkenazy sued Denihan after it claimed Denihan backed out a deal to sell a 50 percent stake in the ground lease at the hotel after it obtained the financing from CIBC, Law360 reported.

Denihan told Law360 that the deal never went through because the ground lessor, Surrey Realty Associates, never gave its consent on the agreement. The outcome of that case and if Denihan owns a portion of the ground lease is unclear.