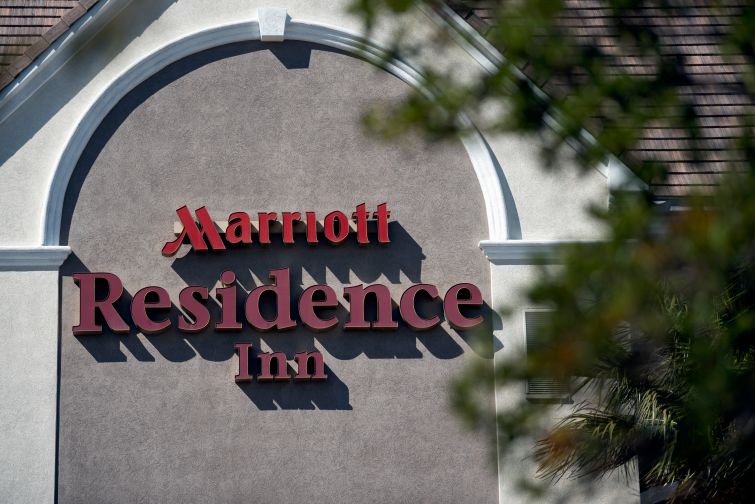 Ashford Hospitality Trust is asking for an 18-month debt payment deferral on a $50 million CMBS conduit loan secured by three Marriott International-branded hotels due to pressures caused by the COVID-19 pandemic, according to April remittance information analyzed by Trepp.

The eyebrow-raising request is for the $54.9 million commercial mortgage-backed securities (CMBS) loan — $5 million of the loan has already amortized — that Bank of America provided the sponsor to refinance the Ashford Hotel Portfolio, which was securitized in 2015 as part of the Morgan Stanley-led MSBAM 2015-C21 conduit CMBS transaction. That conduit deal had an original balance of $538 million at securitization in February 2015, as per CMBS data from Trepp, and this Ashford portfolio loan — maturing in 2025 — comprises just over 6 percent of the overall balance.

At the time of securitization, the hotels were appraised at $73.2 million, meaning the deal’s original loan-to-value was 75 percent.

Built between 1999 and 2002, altogether the hotels comprise 662 beds and were last renovated in 2018, according to servicer watchlist commentary from last September. The assets include the Residence Inn Orlando at SeaWorld at 11000 Westwood Boulevard in Orlando, Fla., which, at $25.5 million, is just over half of the overall balance of the securitized loan; the Residence Inn Cottonwood at 6425 South 3000 East in Salt Lake City, Utah; and the Courtyard Overland Park at 11001 Woodson Avenue in Overland Park, Kan.

While the sponsor was able to meet its March 1 debt service, soon after on March 15, Kroll Bond Rating Agency adjusted it’s outlook for the loan from “Perform” to “Underperform” because of an increased risk from business disruption caused by the novel coronavirus outbreak. The mortgage registered a strong debt service coverage ratio (DSCR), which measures net cash flow, of 2.50x last year, when its occupancy was at 78 percent.

The pressure from the cessation of travel and general business activity due to COVID-19 mandates was felt immediately by hotels across the country.

Hotels — and retail — have led the unprecedented wave of thousands of CMBS debt relief requests and inquiries that have been funneled to master servicers over the last few weeks since COVID-19 set in in mid-March. What’s more, the CARES Act and SBA (Small Business Administration) loan program administered by the federal government just a few weeks ago to help cover operating expense shortfalls and debt obligations has already dried up and needs to be replenished, and it seems the funding program has hardly even scratched the surface. According to the American Hotel & Lodging Association (AHLA), 61 percent of the more than 55,000 hotels across the country are considered small businesses.

Recently, the Term Asset-Backed Securities Loan Facility (TALF) program from 2008 that was reestablished by the government a few weeks ago to bring more liquidity to asset-backed securities markets in times of crisis was expanded to include AAA-rated CMBS, which brings at least a small bit of relief, even though historically, AAA-rated bonds hardly post losses.

Industry groups such as the AHLA have been feverishly fighting over the last month to appeal to the federal government in order to bring more monetary assistance to the sector — specifically CMBS.

Just last week, the AHLA sent a letter to Federal Reserve chairman Jerome Powell and Treasury Secretary Steven Mnuchin — that was signed by 2,400 hoteliers — pleading for the expansion of the “Main Street” lending program to create a hotel CMBS-specific fund to address the current cash flow crisis hampering the sector.

Hotel revenues nationwide have declined by more than 80 percent in the last few weeks, and will only get worse, according to the AHLA’s letter, dated April 16.

The letter stated that due to the crisis, hotel owners can’t handle operating costs or debt obligations and that “this will cause a snowball effect of foreclosures, and lenders taking ownership of severely distressed assets, leading to full scale layoffs and extended property closures. Hoteliers have a very limited ability to work directly with servicers of CMBS debt to achieve meaningful relief during this crisis.”

It stressed that it’s imperative that the $86 billion in hospitality CMBS debt as well as the roughly $300 billion in overall debt within the sector, “remains in good standing.”

It continued: “Widespread default and foreclosure on hotel CMBS debt would be disastrous for the commercial real estate market at large as well as the holders of that debt, including pension plans and other large investors. Borrowers need access to capital to pay these debts and servicers must have the ability to provide necessary debt relief, including forbearance and other loan modifications during this extraordinary time.”