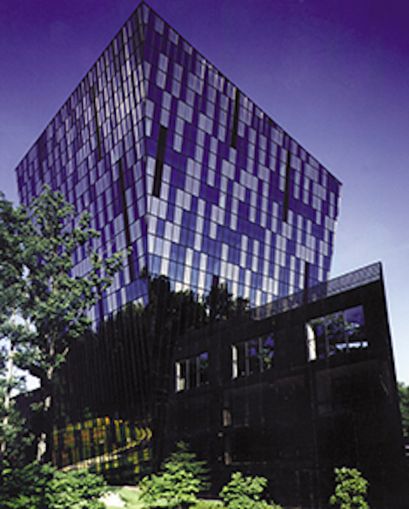 Located at 2214 Rock Hill Road, the seven-story, 149,000-square-foot building was originally built in 1987 and boasts a glass-enclosed atrium lobby with a 130-seat auditorium, a conference center, classrooms, a cafeteria and 430 underground parking spaces.

“The sale of this valuable property will help fund innovation programs for the Commonwealth and transform the way Virginia invests in higher education research and job creation in high-technology fields,” Governor Northam said in a prepared statement. “The newly-formed Virginia Innovation Partnership Authority will focus on job creation, new company formation, investment in applied research projects, and capital investment in Virginia companies. This is an exciting opportunity to enhance Virginia’s position as a regional and national technology leader.”

The CIT complex is situated on a nearly 26-acre site near Washington Dulles International Airport and the new Innovation Center Metrorail Station.

In 2016, Origami was part of a joint venture that acquired The Hub, a planned 5 million-square-foot redevelopment site at the former Dulles World Center, which is located next door. When completed, The Hub will include 400,000 square feet of retail, more than 1,200 multifamily units, 350 hotel rooms and 3.5 million square feet of office space.

Young noted the CIT property will complement The Hub, and the combined properties in the technology center will be a big attraction for companies who may be looking for an innovation campus or district.