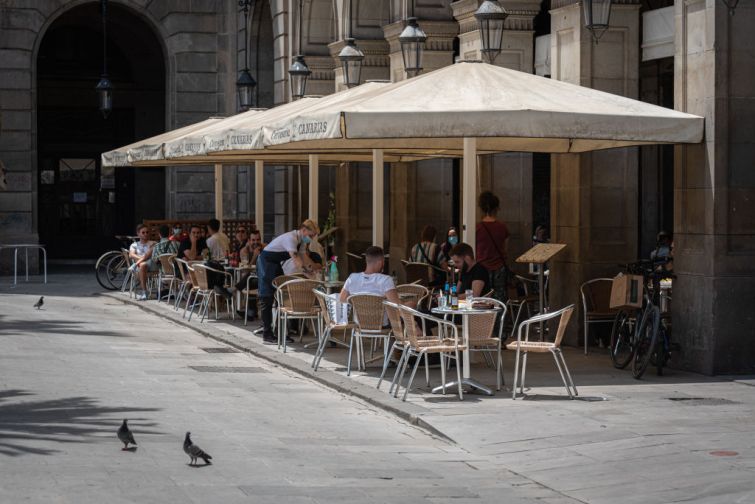 The New York City council is pushing for more street space for restaurants, so they can service customers outdoors while under social distancing restrictions.

The council introduced a bill Thursday that would require the Department of Transportation to identify streets and plaza for outdoor dining, and guarantee outdoor cafe licenses for restaurants in areas already zoned for that use.

The bill comes just as Governor Andrew Cuomo announced that New York City could begin reopening some aspects of its economy June 8.

“We need to reimagine how we use public space—parks, streets, public plazas—to set up tables and chairs, so restaurants can generate much needed revenue outdoors, because they’ll likely have reduced occupancy indoors,” Andrew Rigie, the executive director of NYC Hospitality Alliance said, who has been working with elected officials to push the legislation forward.

“Diners would probably be more comfortable in open air spaces, rather than in the confines of a restaurant,” he said.

The bill additionally says that food vendors would be required to apply and be approved for a permit for operating outdoors temporarily, with no fee attached. The bill would also allow food establishments adjacent to private lots, such as a parking lot, to use the space for outdoor dining, with the permission of their landlords.

Previous legislation has waived the licensing fees for outdoor cafes until 2021, but that only applies to the 1,300 establishments that have active outdoor cafe permits, out of a total of 25,000 eating and drinking establishments in the city.

Many other cities, globally and in the United States, have launched similar initiatives, starting with Vilinius in Lithuania, which opened 18 streets for dining al fresco, as well as Chicago, San Diego and San Francisco, among many others.

If the bill passes successfully, it would mark the second initiative in which the council has forced Mayor de Blasio’s hand, as they did earlier in May with an initiative to open streets for pedestrians. Last week, 24 council members sent a letter to the Mayor, urging him to take action on outdoor dining. “New York City faces urgent crises on many fronts — but we must make sure that our bars and restaurants are able to survive and recover,” they wrote.

In a press briefing earlier this week, the Mayor said his office was working on a plan for outdoor dining but had no details yet.