CO Panel: Temp Checks and Masks Will Be New Norm for Construction Sites 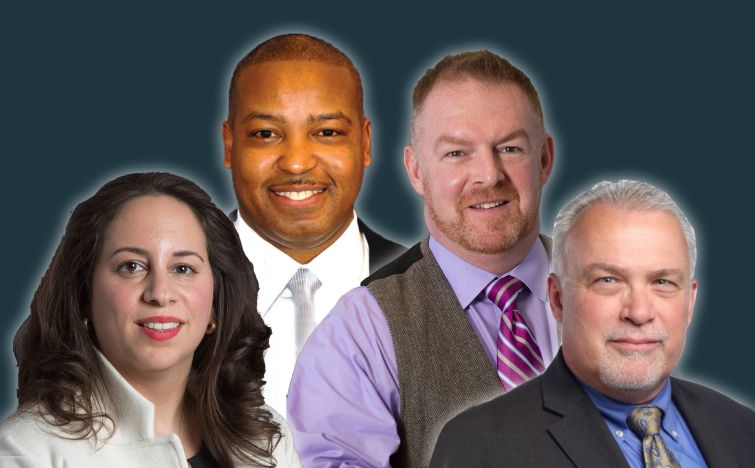 New construction safety guidelines will not just focus on wearing hard hats or mitigating falls but checking workers temperatures before they enter job sites, staggering start hours and making sure masks are worn at all times due to the coronavirus pandemic, panelists said.

“This time is going to set the trends for the future of how work will be in the construction industry,” Paul Meli, the director of construction safety and risk management for Triton Construction Company, said during the first panel “The Latest in East Coast Construction Safety Policy and Regulations.” “They will be forced — for lack of a better description — to use technology to interact more with the science and engineering side and to use the opportunity for us now to take this construction industry, as a whole, to the next step. I think it’s important because I feel it’s been long overdue.”

For example, Skanska started to digitize its management system before — and was quickly able to adapt to include manuals and hazard analysis — and piloted changing its remote video auditing system usually used to identify loading issues to track social distancing on one job site.

“That has been huge and helps us to enforce compliance here,” Paul Haining, the chief environmental health and safety officer for Skanska, said during the first panel. “Our COVID-19-related cases across the U.S. reduced by 76 percent since we implemented this technology.”

While in late March many cities halted non-emergency construction to slow the spread of COVID-19, some job sites were deemed essential and allowed to continue leaving contractors scrambling to implement changes to increase worker safety.

Cauldwell Wingate has about 11 essential projects ongoing — mostly health-care-related ones — and tries to weed out potential COVID-19 cases before they even step foot on the site.

“You’ll see now if you come out on job sites you’re going to run into somebody take your temple scanning of you’re temperature,” George Braun, Cauldwell’s vice president of corporate safety, said during the panel which was moderated by Ingram, Yuzek, Gainen, Carroll and Bertolotti’s Peter Canty. “You’re going to receive a questionnaire asking, ‘Have you come into contact with anybody, do you have any of the symptoms of COVID?’ So we can rule these people out before they get on the job site.”

Braun said that Cauldwell added markings to show where people can walk, one-way staircases and foot-pedal hand sanitizers for workers.

And while the number of construction projects has dropped, the ones still open have seen a large decrease in the number of injuries on the site, which Haining said Skanska hopes to continue in the future.

“We’ve been really trying to capitalize on that trend and try to identify what’s different,” he said. “We’re really seeing that heightened risk awareness is a major factor.”

However, experts said they expect costs to increase for construction projects pay for more personal protection equipment (PPE) for construction workers and the timeline for them to finish will need to be extended since you won’t be able to have as many people on a job site to maintain social distancing.

“There is a cost factor that’s going to be involved here and a time factor,” John Connolly, the director of field operations for Total Safety Consulting, said during the second panel “Best Practices in Safety Culture.” “You’re not going to have 500 people on a job, you might have a third of that. Production will be lessened, at nobody’s fault but the fact that you have to abide by the COVID-19 practices.”

The second panel was moderated by Grassi’s Carl Oliveri and featured panelists Louis Colletti, the president and CEO of the Building Trades Employers’ Association; Dwayne Carter, the vice president of corporate safety for AECOM Tishman and Matt Caruso, the president and owner of CR Safety Group.

John Tancredi, the division manager for Pinnacle Environmental Corp., said during the third panel “Creating Safe Jobsites and Workplaces for a Post-COVID-19 World” that one client estimated it expected its costs to increase by $350,000 a year just to pay for masks and gloves for workers. But one thing Tancredi and other panelists stressed is that proper training is going to be extremely important for some of the protective equipment.

“Just cause you give somebody a piece of equipment, if they don’t know how to use it properly it can wind up doing more harm than good,” Tancredi said. “It’s a huge concern to make sure that everybody is properly cleared to use the equipment and also that they’re trained in using the equipment.”

The third panel featured Tony Abate, the CTO of Atmosair Solutions; Robert Constantini, the CEO of Triax Technologies and Andrew Streifel, a hospital environment specialist for the University of Minnesota. It was moderated by Turner Construction Company’s Doug Cooper.

Firms are starting to use medics on job sites not just to treat injured workers but help design workplaces that limit the spread of disease.

“Now you see almost every project is asking for a medic to be on the job,” Caruso said. “They want to limit exposure and limit the spread.”