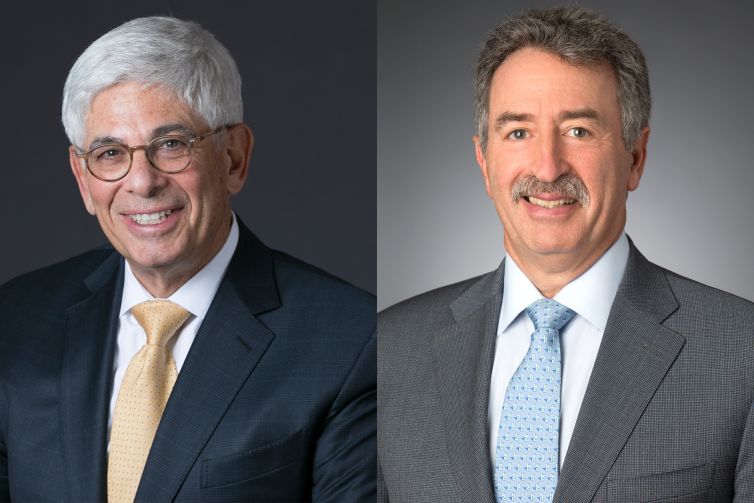 In times of uncertainty, people turn to lawyers to help them parse the rapidly changing world, and this crisis is no different.

And the best way to understand the current crisis is to compare it to a game of musical chairs, Neveloff said.

In order to counteract that, Neveloff said, we need to come up with a legal and business structure that ensures that when the music stops the risk is distributed more equitably. It can’t be just one party who takes on all the downside—the lender, or the warehouse lender or the CMBS lender, or the owner. But what exactly that new structure looks like will need to be figured out.

And that could look like the federal government being left as the last one standing.

One solution that has been raised is a federally-backed insurance similar to the system that arose after 9/11 with the passing of the Terrorism Risk Insurance Act, Mechanic said. In that situation, landlords or tenants or lenders could go to their insurance companies if another pandemic were to arise, but instead of the insurance companies being left without a seat, they would be backstopped by the federal government.

Of course, that would only help in a future pandemic. At the moment, there has been little success in turning to insurance claims, because current force majeure and business-interruption clauses aren’t applicable.

For tenants, that’s because many contracts rely on the “impossibility” doctrine, which would only be triggered if there was something physically wrong with the property, like if it were flooded or impossible to access. That’s obviously not the case in this crisis. “Kramer Levin’s building is open for business, you can go in,” Neveloff said. “But the government has imposed a decree that says you can’t go to work. So is that impossibility?”

That remains to be seen.

And while contracts are precise, ultimately it will depend very much on the courts. “Contracts are contracts, the words are very clear,” Neveloff said. “But that doesn’t mean that judges aren’t going to try very hard to find wiggle room, public policy, something, to do rough justice.”

Mechanic countered that, at least in leasing, there really isn’t a lot of wiggle room. “If you look at the cases coming out of 9/11, the cases coming out of Hurricane Sandy, to the extent the building was there and functioning and there was something else going on in the city that was preventing you… most leases simply provide that it’s the tenant’s obligation to pay because the landlord is doing what they’re supposed to.”

Still, Neveloff said, in the case of a clear default, will the judges just allow the lease to be terminated, or will they try to find some remedy that’s equitable for both the landlord and tenant?

That’s where the specifics matter, and a truly sympathetic tenant, which did its best during the pandemic and simply didn’t have the means to pay rent — rather than a company like Apple that has stockpiles of cash, or a law firm which can make revenue at home — might get a creative ruling from a judge.

Other issues discussed included rent regulations, what deals were still getting done, and the Paycheck Protection Program (PPP).

PPP was challenging, both panelists agreed, because of unclear guidance from the federal government. Many companies returned the fund they received, or chose not to apply, out of fear of the consequences, Mechanic said. They were worried that it would do reputational damage, or because it was unclear under which conditions they would be required to repay the loans.

“I saw a lot of clients, who were private equity funds, who didn’t want to be tainted with asking for the funds because maybe they didn’t really need it,” Neveloff said. “But there were a lot of gray areas.”

Of course, the definition of “need” was itself a challenge, since some companies chose not to take the money and then furloughed workers, which was counterproductive, Mechanic said. An additional complication for hospitality companies and restaurants was whether the money should go through a management company—which people read as subterfuge—or through the company itself, which is really only a pass-through entity, Mechanic said, meaning that some of the hardest-hit sectors couldn’t, or chose not to, receive the funds designed to help them.

Neveloff said that an overriding theme, and what he tells his clients, is some variation of, “Don’t be a jerk.”

If people do the right thing, and attempt to make use of the funds for the purposes they were designed for, rather than take advantage of it, they’ll be okay as far as legal consequences, he said.