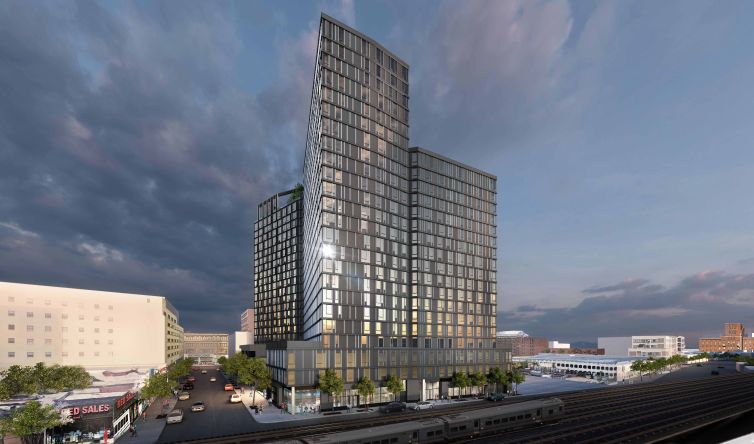 BRP Companies is seeking  joint venture equity for the construction of Archer Towers, the firm’s $286 million mixed-income residential development in Jamaica, Queens, and has engaged JLL to source it.

When completed the 24-story project will comprise 540,000 square feet and include 605 residential units; 424 units will be market rate and 181 will be mixed income. The development will also include 20,000 square feet of amenities including a movie screening room, a pet spa, rooftop space, a basketball court and a pickleball court.

BRP acquired the development site in 2017 for $55 million, demolishing existing buildings on the site to build the new structure, as reported by The Real Deal. Construction of Archer Towers will now begin immediately upon closing of the joint venture equity financing and also the securing of debt financing with BRP’s new capital partner.

Archer Towers is situated within an opportunity zone and the 10-year investment horizon “will allow for the submarket to further develop, resulting in significant rent appreciation and value capture on reversion,” according to information from JLL.  The project will also be the beneficiary of a 35-year tax abatement under the Affordable New York program.

The new investor will also be invited to participate in the second phase of the project, which will add 432 units to the building, including 130 affordable housing units. Construction of phase two will begin in summer 2021.

“Archer Towers represents the largest shovel-ready residential rental construction site in New York City,” Hinckley said in prepared remarks. “We are excited to discuss this investment with opportunity zone and traditional investors alike. Over the past several years, BRP has painstakingly designed, value-engineered and removed risk from this development, which will provide much-needed housing for city-dwellers. This is on the heels of BRP’s nearby highly-anticipated 669-unit, The Crossing at Jamaica Station, a public-private partnership development that is delivering soon. The multi-phase Archer Tower residential development, which includes a large portion of needed mixed-income regulated housing, is deemed ‘essential,’ allowing for the partnership to create much needed near-term jobs as construction will begin immediately, even within current market conditions.”

Officials at BRP didn’t immediately respond to a request for comment.