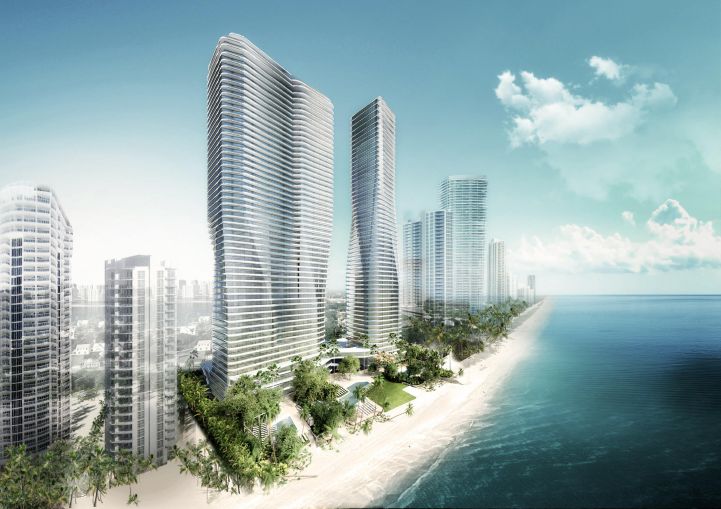 A source familiar with the transaction said the $119 million loan is roughly 40 percent loan-to-cost.

La Playa De Varadero, located at 18801 Collins Avenue, features 435 feet of beach frontage on the Atlantic Ocean. As proposed, the two-phase project would include two condominium towers with direct beach access as well as five-star resort amenities. The site is fully approved, as of right, for the development of 1.15 million sellable square feet and 490 residential units.

Edgardo Defortuna’s Fortune International Group and Château Group teamed up in November 2014 to acquire four buildings that sat on 4.7 acres at 18801 Collins Avenue for $112.5 million, as reported by South Florida Business Journal. In 2015, the City of Sunny Isles approved the site plans for La Playa De Varadero, with the last set of modifications to the project’s original design receiving the green light recently.

Predevelopment work, including the demolition of the existing structure, has already been completed.

Fortune International and Château Group also teamed up to develop The Ritz-Carlton Residences in Sunny Isles Beach — a 52-story tower spanning 2.2 acres and with 250 feet of oceanfront access located at 15800 Collins Avenue. Bank OZK provided a $212 million construction loan for that project in 2016 and the lender was repaid last week after the developers started virtual sales last month, according to The Real Deal.

Officials at Fortune International and Château Group did not immediately return requests for comment.