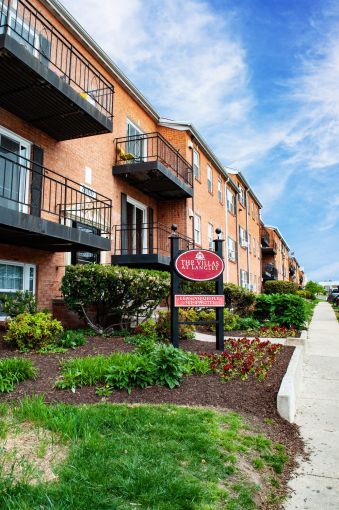 Villas at Langley. Photo: By Transwestern

Jair Lynch Real Estate Partners has acquired Villas at Langley, a 590-unit, value-add investment property in Hyattsville, Md., from Klein Holdings for $87.5 million, according to Transwestern Real Estate Services, which represented the seller in the deal.

“The appeal of the property was strong occupancy and stable submarket with future growth opportunity due to proximity to the [Metro’s] Purple Line,” Robin Williams, Transwestern’s executive vice president, told Commercial Observer. “The seller owned the property since 2012 and it decided to sell due to the strength of the market.”

Located at 8100 15th Avenue, along University Boulevard, the garden-style community is less than seven miles from Washington, D.C.

“Location is very stable regarding occupancy and collections, and the Purple Line will have two stops within walking distance of the property,” Williams said.

The Purple Line will provide east-west connection between New Carrollton and Bethesda including stops in College Park and Silver Spring.

According to Delta Associates’ First Quarter 2020 Washington Metro Area Class B Apartment Market Report, Hyattsville is a strong and consistent performer in the region thanks to low vacancy and solid historical rent growth. Since 2015, it’s recorded long-term annual rent growth of 3.7 percent.