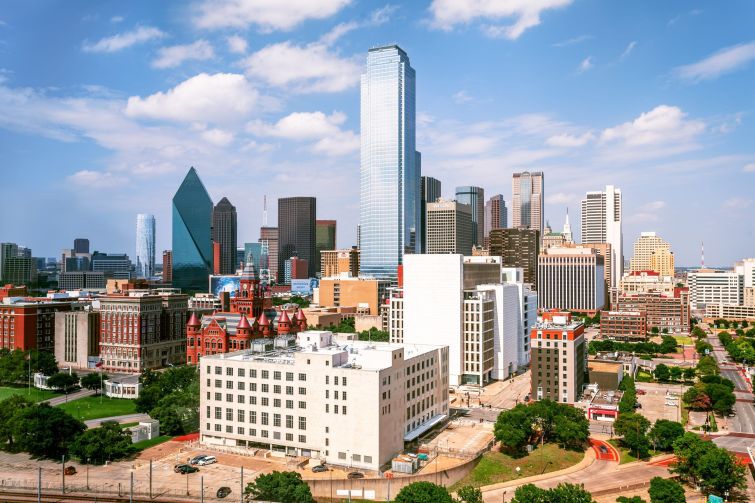 Westdale Real Estate Investment and Management has secured $164 million in construction financing for an Uber headquarters in Dallas, Texas, according to documents filed on the Tel Aviv Stock Exchange.

The 487,000-square-foot office tower, known as the Epic 2, is part of an eight-acre mixed-use complex in the Deep Ellum neighborhood of Dallas, and one of two office properties that Uber will occupy. The rideshare company signed a ten-year lease for both properties in August 2019, according to TASE Filings, and plans to eventually house 3,700 employees in what will be its largest office outside San Francisco.

U.S. Bank and Prosperity Bank provided the $163 million in financing, which has a five-year term and carries an interest rate of 2.85 percent over LIBOR, which can rise if Uber or Westdale don’t abide by certain commitments.

Uber plans to occupy floors 167,000 square feet in the first building, known as Epic 1, and rent for the property will begin at $33.5 dollars per square foot, or roughly $5.4 million a year, and will incrementally increase after 15 months. The firm was scheduled to move in to the building in May 2020, but that’s been delayed due to the coronavirus pandemic, according to a source familiar with the matter. The building itself is open, and both Westdale and coworking company Spaces are tenants.

At the 23-story Epic 2, rent will be tied to the costs of construction, which are estimated to be $300 million, but won’t exceed $38.5 per square foot at the outset, and will incrementally increase each year. Delivery is scheduled for 2022.

Westdale, which owns approximately $4 billion in commercial and residential assets, issued a secured bond backed by the office portion of the complex on the TASE in 2019, and raised $140 million, Commercial Observer reported at the time.

Westdale did not immediately respond to request for comment.