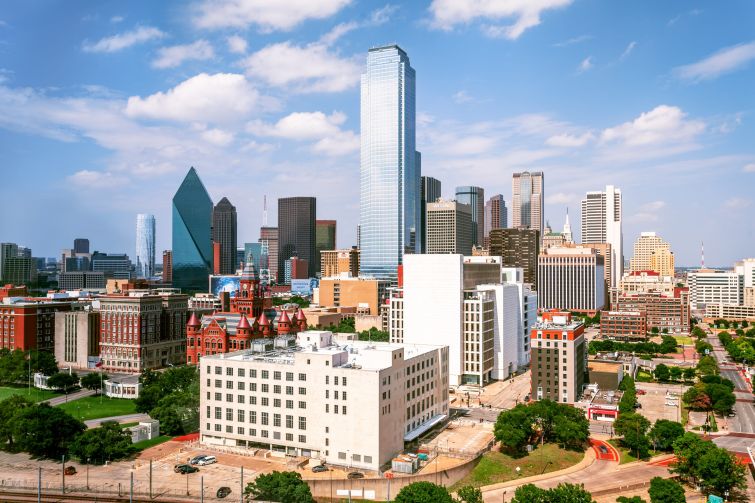 The Tel Aviv bond market is once again open for business for American bond companies.

Or so it would appear, after Dallas-based Westdale Asset Management debuted in Israel with a $140 million bond offer, which it raised at a 4.8 percent interest rate.

The issue makes Westdale the first entrant onto the Tel Aviv Stock Exchange after a crisis crippled the bond market for American issuers in late 2018. “The market was closed for half a year, and we opened up the market,” said Amir Giryes, a consultant who advised Westdale on the deal.

Westdale, which owns approximately $4 billion in commercial and residential assets, will use the bond proceeds to fund the office portion of its flagship development, the 8-acre Epic complex in Downtown Dallas, and pay down debt on several assets, according to a presentation by Westdale.

The Westdale bonds, which began trading earlier this month, are secured by three properties, including the office portion of the Epic development and two additional assets.

The corporate entity that issued the bonds, Westdale America, has a portfolio of 37 assets valued at $1.4 billion, with 1.6 million square feet of office space and 8,560 rental units.

The portfolio is made up almost entirely of assets that are 100 percent owned by Westdale, and are in metropolitan areas, said Giryes, who worked with the underwriter Barak Capital and Westdale, to create an asset package that would appeal to the investors.

And while it’s heavily weighted on the residential end, they also included some office assets so the bondholders could see their track record in both. “We put some office buildings because we used the bonds to fund office development,” said Giryes. “We wanted to make sure the bondholders understand that office is in Westdale’s DNA.”

Unlike most bond issuances in Tel Aviv, the offer was done not as a dutch auction, but as a book building deal, meaning that the underwriter committed to hold some of the bonds, and could choose which investors to include in the book.

There are now over 25 U.S.-based real estate companies that have issued debt in Tel Aviv including three other Texas-based companies. They are tracked by the Tel Bond Global index, along with other foreign issuers, which has a market cap of roughly $4.6 billion.

Stuart Wernick, a finance broker at Walker & Dunlop, was instrumental in the deal.