Universe Holdings has grown its footprint in the San Fernando Valley into more than 1,000 rental units. 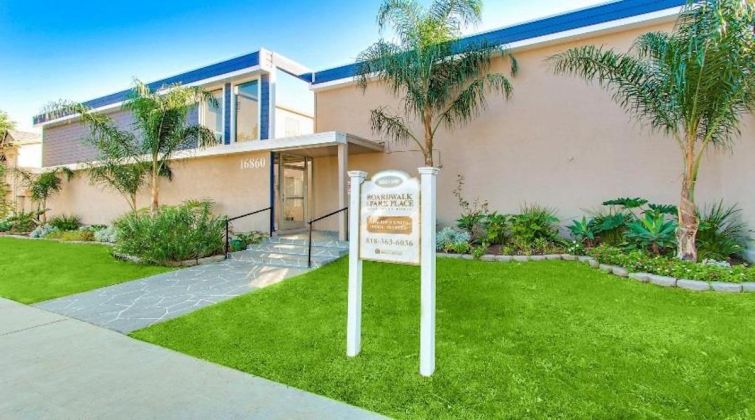 The Chateau Chatsworth at 16860 Chatsworth Street was part of the three-property portfolio acquired by Universe Holdings. photo: DB&R Marketing Communications

After purchasing another multifamily portfolio, Universe Holdings has grown its footprint in the San Fernando Valley into more than 1,000 rental units.

This week, the firm announced it purchased a three-property portfolio with 122 units in Granada Hills in the Valley — the northernmost neighborhood in the city of Los Angeles — for $25.5 million.

The properties were under family ownership since being built in the 1960s. Universe Holdings did not disclose the name of the seller, but records show the properties were last owned by entities named Motter Enterprises Inc. and Raber Management.

“Sourcing off-market opportunities from multi-generational owners is something we have been effective in doing,” said Universe Holdings CEO Henry Manoucheri, in a statement.

Manoucheri said the assets have not been significantly upgraded in several decades.

“The buildings and grounds of all three properties were well-maintained, but not substantially enhanced, creating a perfect scenario where every dollar we spend on capital improvements will be value-creating,” Manoucheri said in a statement. “The opportunity to acquire 122 units in a prime rental market in one transaction does not come around very often.”

Average rent fell throughout L.A. over the past month due to the outbreak of coronavirus and the subsequent shutdown of the city. The average rent was at $2,499 in March throughout the city, but rents in Granada Hills can average about 25 percent less than the citywide average, according to RENTCafe data.

In a media statement regarding the effects of the pandemic, Richard Barkham, global chief economist for CBRE, said the markets “are just beginning to see the full extent of disruption” and that the second quarter will be “very tough for commercial real estate and nearly all other industries.”

“U.S. commercial real estate will need more than a year to get back to full strength,” Barkham added. “Resilient asset classes like industrial and logistics and multifamily will recover first.”