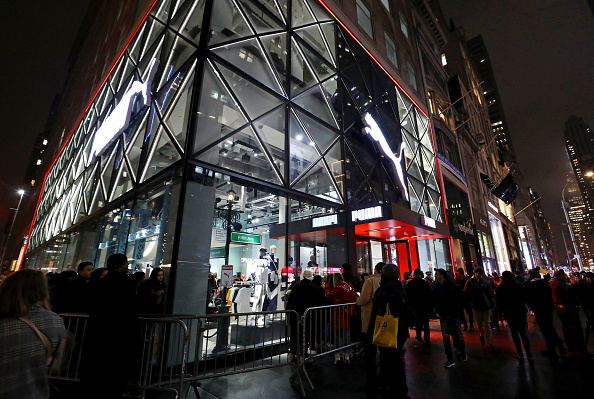 The world may be upside down at the moment as it continues to grapple with the coronavirus pandemic, but transactions are continuing to be marketed with happier days ahead in mind.

“They’re marching quietly ahead,” one source familiar with the deal, adding that “there’s no set timeline for any bid, but discussions are being had with a variety of potential investors at the moment.”

No pricing color could immediately be gleaned.

The opportunity is being marketed by CBRE’s Darcy Stacom, William Shanahan and Doug Middleton, sources said. A representative for CBRE declined to comment.

SL Green undertook a repositioning of 609 Fifth Avenue in 2018, completely redesigning the 53 feet of retail frontage along Fifth Avenue. The upgrades also included a relocation of the office lobby of the building from Fifth Avenue to East 49th Street.

The retail sector has taken an extra hit on the heels of the coronavirus, with nonessential businesses ordered to shutter in New York City. Sources said that the opportunity unfortunately hit the market around the same time as the pandemic really took hold in the city.

Given the current market climate, the acquisition opportunity therefore isn’t something that’s being pushed forward aggressively for now. “They’re being very sensitive to the humanitarian crisis,” one source said, adding that the debt markets are also trying to figure themselves out at the moment so it’s a difficult time to launch a sale.

It was previously reported that SL Green was looking to sell 609 Fifth Avenue in its entirety but “that was misreported,” one source said. “It’s only the retail condo that’s out for bid.”