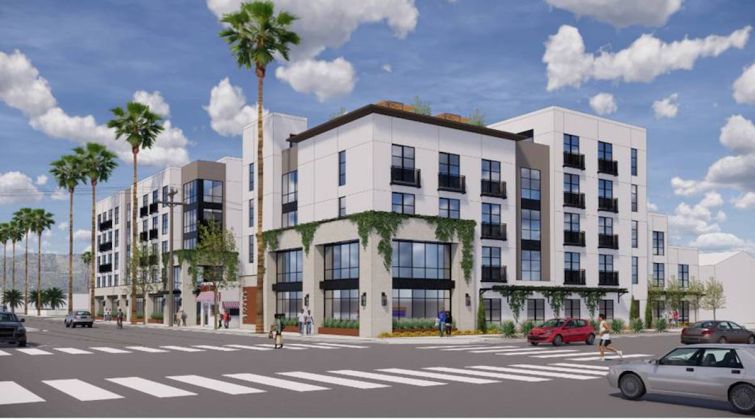 The Panorama Group, through Panorama Senior Housing, has now filed for two projects with nearly 200 residential units in Los Angeles in the past few weeks.

The two proposed assisted living and memory care communities would be about 13 miles apart from each other. One 109-unit project is located at 4900 Eagle Rock Boulevard in Eagle Rock near Glassell Park and the city of Glendale. The other plan calls for 80 rooms at 825-837 Holt Avenue, just south of the border with Beverly Hills.

KTGY Architecture + Planning (KTGY) is designing both sites, and announced both projects. Both construction projects are slated to start in early 2021, and be completed in late 2022. They both feature a dining room that will serve three meals a day, a bistro for snacks, activity rooms, theaters, hair salons, library and living rooms, physical therapy and fitness rooms, and outdoor game rooms.

The project in Eagle Rock includes 87 assisted-living rooms and 22 rooms for residents experiencing cognitive decline. The rooms are divided between two separate buildings that combine for 72,000 square feet. One building is five stories and the other is four stories with a rooftop deck, and they are both connected by a ground-level courtyard and a subsurface parking structure.

The U-shaped project on Holt Avenue will span 61,000 square feet and include 18 rooms for cognitive-decline care that span the entire second floor. The five-story building also includes 62 assisted-living rooms, a rooftop deck on the fifth floor with bocce ball, BBQ, putting green, and more.

“One of the biggest reasons that Los Angeles is way behind in building senior housing compared to other Western U.S. metropolitan areas is the lack of available land,” said Panorama Senior Housing founder and principal Daniel Kianmahd, in a statement. “There is a very serious under-supply of assisted living communities and senior housing in general, especially in urban areas.”

Panorama also has a third L.A. building currently under construction that will include 88 units, according to its website.