NKF Report: The Federal Government Can Help Save the DC Office Market 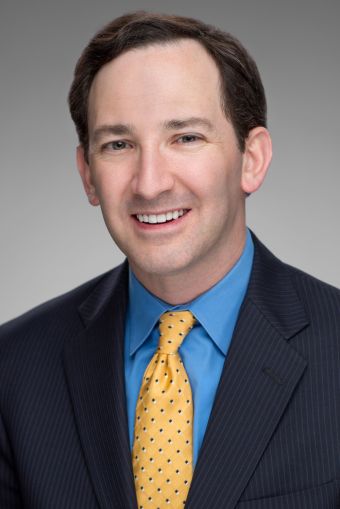 Last week, Newmark Knight Frank released a whitepaper, “Pandemic: The Path Forward in the Washington Market,” looking at the effect of COVID-19 on the Washington metro area’s major commercial real estate property types as of early April and points to the federal government as a stabilizer of the office market.

The report also explored potential action steps and opportunities for investors and tenants to consider in the months ahead.

“The market across the various property types was generally strong before the pandemic arrived,” Sandy Paul, NKF’s senior managing director of national research, told Commercial Observer. “The industrial market was particularly strong and the office market had been performing in a way that saw incremental positive absorption. But now, we’re in a new era and the question isn’t really about how the commercial real estate market will be affected in the short-term, but more so how owners can prepare themselves for the recovery and the next expansion cycle whenever it may arise.”

Looking at the office sector, the report noted that the federal government’s response could help bolster the Northern Virginia office market in the future because of its prevalence of federal contractors. Additionally, the suburban Maryland market, especially the I-270 Technology Corridor, also is expected to benefit long-term thanks to the presence of the National Institutes of Health, FDA and HHS.

Paul said that those submarkets that were looking strong prior to the pandemic, such as National Landing and the Rosslyn-Ballston Corridor are expected to bounce back quickly.

“Areas like National Landing, which was accelerating for a reason — in this case, the arrival of Amazon’s second headquarters, are best positioned as we come out of this current crisis,” he said. “Particularly areas that have a highly educated workforce as Northern Virginia does are in the best position to lead the path out.”

In the capital markets sector, the report predicted well-located Class B office product would be in demand in D.C. due to the long-term demand from associations and nonprofits.

“At a time of retrenchment, we believe that high-quality, well-located Class B space may be able to stand out from the pack,” Paul said.

Turning to multifamily, the report foresees great demand as the segment is often considered a safe haven during times of crisis.

As for the retail market, this is one segment the report sees a slow comeback.

“The reality is it’s not just about when stay-at-home orders are lifted that will bring people back to the restaurants, theaters and stores, it’s also going to be about their own comfort level, and that’s going to take time,” Paul said. “Because the Washington market has the second-highest median household income in the nation, we’re fairly well-positioned to see a retail rebound quicker than some other markets and weather the crisis, but there’s no doubt that retail and hospitality are going to take the longest to come back.”

The industrial market, however, is well-positioned. Paul said there’s plenty of land in Northern Virginia in which to build, creating an opportunity to expand data center complexes. Additionally, increased demand for this space may make industrial warehouses, particularly those with cold-storage capability, a valuable commodity on the investment sales market.