Lenders on Triaging Loan Portfolios, Getting From A to B With Borrowers 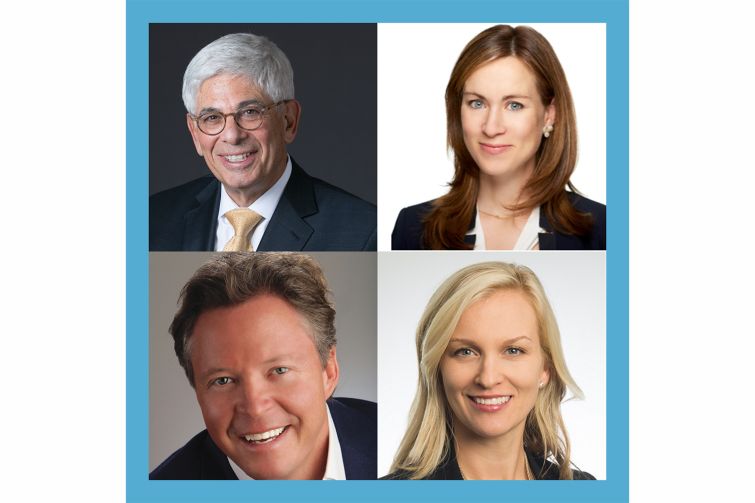 Lenders of all stripes are staring down the next couple months with a view that the turbulence in the commercial mortgage markets will only get worse as results from the economic standstill caused by COVID-19 intensifies for their borrowers.

There currently is no “one size fits all” solution for the scenarios that lenders and their respective borrowers find themselves in as they work together to modify existing loans and try to create some sort of runway for assets to ramp back up once COVID-19 social distancing measures are eventually relaxed and business activity slowly rebounds, according to KKR managing director Julia Butler.

April debt service payments across the loan portfolios of all three of the lenders on the panel were strong, they said, but as they look ahead to May and June, they’re bracing themselves for possible disruption.

But right now, they said their time and efforts — like many — are focused on asset management, finding practical and efficient ways to work with borrowers to clear a path and forge ahead.

“Borrowers are being transparent,” Franchot-Borok said. “We’ve begun to have conversations for constructive solutions to this black swan of all black swans event. One of the first things we thought about was freeing cash in the system, allowing for things like FF&E reserves [Furniture, Fittings and Equipment reserves] to be [repurposed to cover shortfalls], and hotel chains have allowed for the suspension of reserves at the property level to allow them to cover operating expenses.”

Butler concurred and added that at KKR, “most of the requests [we’re getting is] on hotels, and we’ve engaged quickly on those … for people who are truly in need, we’re working with them and allowing hotel owners to use FF&E reserves and the chains are allowing that. We’ve been creative, but there’s no one size fits all.”

“April was an anomaly and May will be interesting for us,” Butler added. “We immediately modified loans on hotels. In CMBS, we have two funds buying risk retention, and we’re seeing delinquencies and trying to keep friction costs down. There are a lot of panicked borrowers, and we want to be helpful.”

As for ACORE Capital, De Haan said the “first phase of S.O.S calls came from hotel borrowers as that’s the asset class that’s been hit the hardest and the quickest. We were proactive to get agreements in place to proceed and set the playing field. It’s been a pleasure dealing with borrowers, but from their perspective, they are freaked out and worried about what all this means.”

These three lenders agreed that a short-term, bandaged solution is not the ideal way to proceed, with Butler saying that a longer term view of the horizon is needed. She said that KKR is looking not for a “two-month solution but a six month solution to hopefully get to a better place.”

What’s imperative in their eyes is that their borrowers remain patient and measured, not overreaching in their requests and understanding that their lenders are stretched thin working through their respective loan books as everyone waits for federal government aid to gradually trickle down and have positive effects on business owners and consumers.

“[Some] borrowers are looking at [this] too optimistically, and we’ve encouraged those borrowers to change that approach because that won’t sit well with us as lenders,” De Haan said. “That’s only been about 2 percent of inquiries we’ve seen, and we’ve quickly straightened them out. There are prescribed ways to do workouts, and they are designed for bad actors to force interest rates up and have someone pay you, or pay you off. But now, [there are no bad actors and] this is completely out of everyone’s hands.”

“It won’t work for us if borrowers just come to us saying, ‘I didn’t get rent,’” Butler said. “[About] 85 percent [of our portfolio] is multifamily and office, and we were max 75 percent loan-to-value pre-COVID-19, so just coming to us saying you can’t pay when we know you have capital is not the way to start.”

De Haan continued: “Borrowers need to think that we as lenders have hundreds of [debt] positions, and there is a cascading effect of requests, with every borrower having the same level of urgency and concern as the next … it comes down to good communication and being reasonable in your requests. I’m a senior secured lender and you’re the equity. Be communicative and start with that as the base. For us, we will take properties back if we have to, but we don’t want to. There were no bad actors, and we like our borrowers; we think they’re the right people to own and run those assets. [Borrowers have to remember that we] have balance sheets and investors, so we have to be cognitive of that. We have to be careful we don’t balloon our basis. When we start using FF&E [to cover shortfalls], that’s two more points on my leverage. Ultimately, we’re fiduciaries for our own capital. We’re trying to [foster and maintain] a thoughtful process over the next six months.”