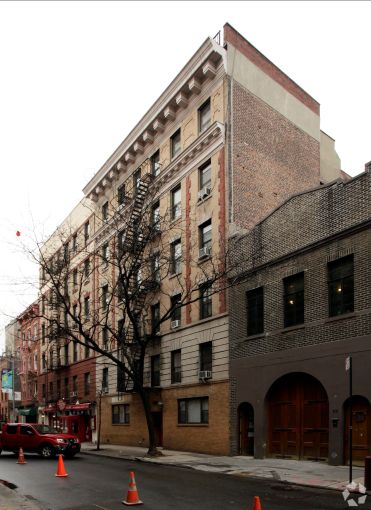 Fairfield, N.J.-based Kearny Bank has lent $28.3 million to a joint venture between R.E.M Residential and J.H. Taylor Construction to finance a portfolio of 12 multifamily assets located near Union Square and in the West Village neighborhood of Manhattan, Commercial Observer has learned.

The 10-year financing pays interest at a rate of 3.5 percent and includes three years of interest-only payments. The deal closed on March 31 amid the novel coronavirus outbreak that’s swept through New York.

Leslie told CO that out of a variety of lenders that might have real cause to want to postpone or back out of deals altogether, regional banks providing multifamily loans not backed by the U.S. government would have strong cases. Kearny Bank, a regional outpost that’s nearly 140 years old, never engages in remote closings, Leslie said, but developed a system for doing so this time around in order to get the transaction across the finish line.

“Kearny might’ve had a justifiable reason to not do [the deal],” Leslie told CO. “They waived a lot of preexisting customs [in order to close].”

He said the bank was able to close remotely despite not being accustomed to the practice.

“Maybe 90 percent of the deals I do are remote closings. From the first minute [of the deal process], [Kearny] said, ‘we’re just letting you guys know that we do this as a bank, that you have to appear in person to close.’ We appreciate their ability to adapt,”  Leslie said, highlighting the bank’s flexibility in such an uncertain time.

He added: “As we moved into mid-March, there was sentiment that [we didn’t want to make my client] travel to the hotbed of the virus [in New York] to sign loan documents. Kearny didn’t really have a system set up for remote closing, but they honored it and they set up an approach in order to close this. We very much appreciate the lengths to which they went in order to get this deal done.”

Eleven of the dozen properties in the collection are garden-style townhomes located on 17th Street, between Irving Place and Union Square East; the final property is a 24-unit building at 25 Cornelia Street in the West Village.

The six-story, 32-unit asset at 25 Cornelia Street was built in 1900 and spans nearly 18,000 square feet; it includes eight units each of studio, one-, two- and three-bedroom rentals, according to data from CoStar Group. Current monthly rents at the building range from $1,800 for studios to around $5,500 for three-bedroom apartments, according to leasing information from StreetEasy.

Kearny Bank could not immediately be reached. R.E.M Residential was not able to respond to an inquiry prior to publication.