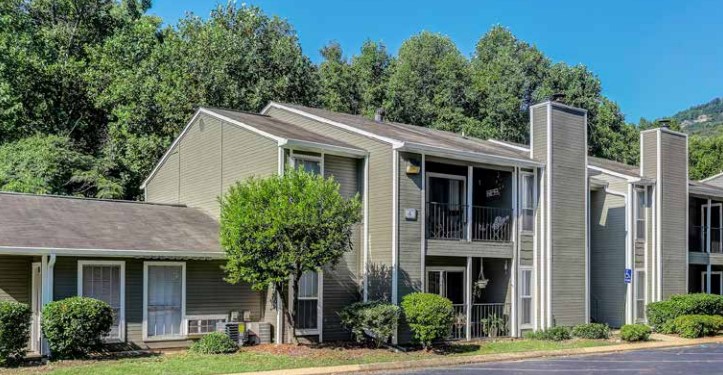 StoneRiver Company, a Birmingham, Ala.-based multifamily investor and manager, as nabbed just under $27.4 million in bridge debt from Hunt Real Estate Capital to help cover its purchase of an apartment complex, Rise at Signal Mountain, in Chattanooga, Tenn., Commercial Observer has learned.

The two-and-a-half-year, non-recourse balance sheet loan includes three extension options. It will help facilitate StoneRiver’s acquisition of Rise at Signal Mountain and will fund a subsequent renovation of the asset. The deal closed before the crisis caused by the COVID-19 outbreak, a representative for Hunt Real Estate confirmed.

“This city has emerged as a thriving economic region with strong job growth, a highly educated workforce, and an innovative technology infrastructure,” Lou Davis, a vice president of investments at StoneRiver, said in a statement. “[We remain] bullish on the fundamentals of the Chattanooga market, and our team is focused on growing our multifamily portfolio there in the future.”

Built in 1986, the 42.9-acre, garden-style property — at 1185 Mountain Creek Road in Spring Valley, a suburb just north of the city — features 280 apartments across 19 two- and three-story buildings. Currently, it’s 99 percent occupied, according to information from Hunt.

“[The property] is very well located and benefits from solid access and visibility from roadway frontage,” Chad Hagwood, a senior managing director at Hunt Real Estate Capital, said in prepared remarks. “The borrower will invest just under $2 million in additional capital improvements post-closing.

Hagwood added: “Given the intent of the new owner to upgrade the property with improved street appeal and to renovate unit interiors and common areas, the property is expected to perform very well over the coming years.”

As part of the $2 million campaign of renovations, StoneRiver will make upgrades to the property’s exterior to “boost its curb appeal” as well as its common areas and amenities. The property’s external upgrades will begin this month and will take six to nine months to complete, as per information from Hunt.

Monthly rents at Rise at Signal Mountain currently range from $830 for one-bedrooms to around $1,260 for the two-bedroom units, according to information from Apartments.com.

Chattanooga has captured some national headlines over the last several years. The city — a college town home to the University of Tennessee at Chattanooga — has developed itself into a more attractive tertiary market for investment, driven heavily by attention gained from the fact that its publicly owned internet service provider (ISP) provides one of the fastest internet speeds in the country — at a value. In 2010, its telecoms provider, the Electric Power Board of Chattanooga (EPB), became the first ISP to establish fiber optic connectivity to an entire local community via a publicly owned service; as a result, it provides a lightning-fast broadband network with speeds around four times faster than the U.S. national average, according to a report in Tech.Co.

Chattanooga’s implementation of its fiber optic network led to the creation of around 2,800 to 5,200 new jobs in the city and captured roughly $1 billion in additional revenue, according to a 2015 study from the University of Tennessee cited by Tech.Co.

This has helped draw small startups to the city and has helped in attracting large corporations, like Volkswagen, to the area. Around the same time the fiber optic network was established in 2010, the German automobile manufacturer finished construction on a 3.5-million-square-foot assembly facility in the area that sits on a 1,400-acre site. The manufacturing plant employed around 3,800 people until a COVID-19-induced, month-long temporary furlough of 2,500 workers was announced last week; the temporary layoffs began on April 11, according to a report from WRCB Channel 3, a primarily TV news source in Chattanooga that’s affiliated with NBC.